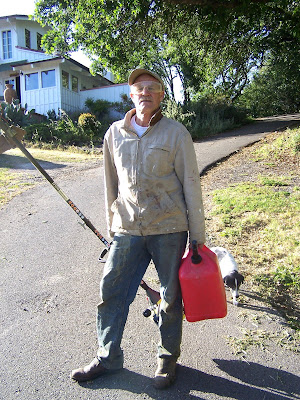 Mower Man, a.k.a. the foreman and Weed Whacker poses in his full weed-whacking attire, with his gas can accessory.

It was just the day for a little donkey fence adjusting and some weed whacking at The Lazy Vegan. The donkeys have both been sticking their heads through the fence to get at the greener grass on the other side lately, so the foreman noticed that and moved the fencing around (it is so great having portable fencing!) to include more of the green grass. The donkeys were thrilled- they notice every new adjustment to "their area"! Eventually we'll get even more fencing and will be able move them from pasture to pasture (or more accurately, from area to area)- but for now they seem pretty pleased with some simple adjustments! 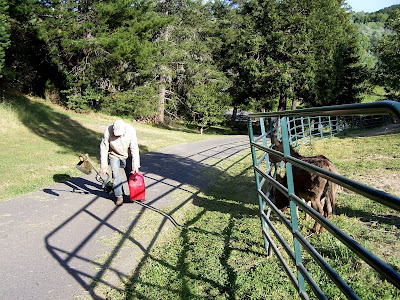 Weed-Whacker Man trudges up the driveway while the donkeys watch. 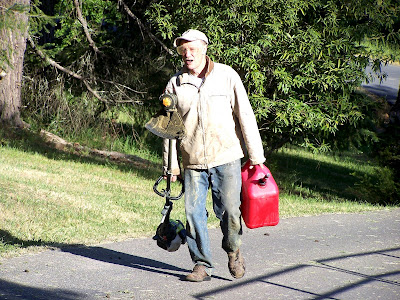 Not to poke fun at The Weed-Whacker Man, but he seems to have a monologue going on here. 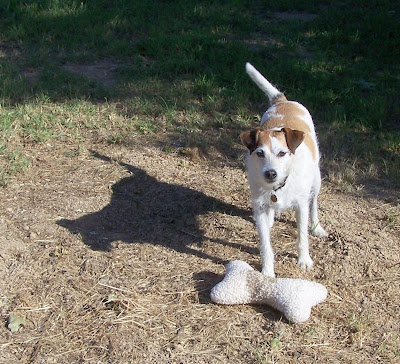 Toby and his shadow and fluffy bone toy. I cannot disappear this toy, so I put it in the wash and it came out fairly clean. Better than it was! 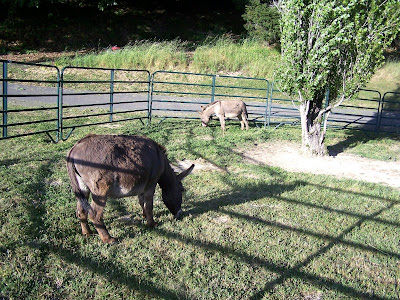 This is the "after" shot of the boys enjoying greener grass! 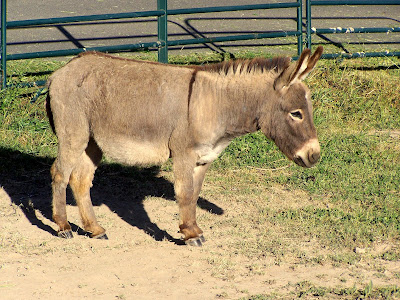 Sometimes Weegie just stares off. He is very dreamy. 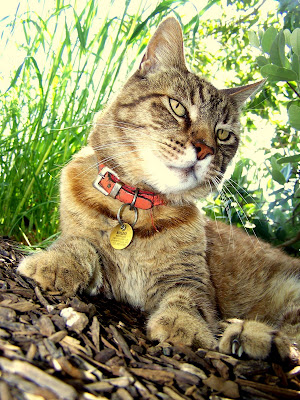 I woke Boulder up for his daily photo! 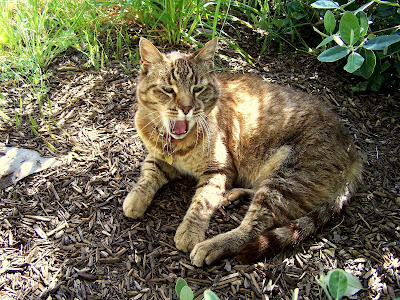 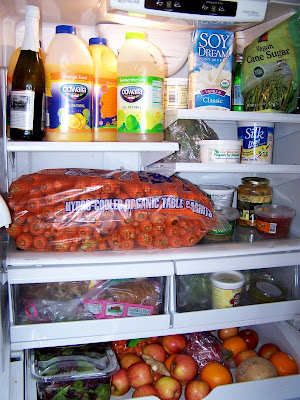 I was excited to find a good deal on a 25 lb. bag of organic carrots (for the donkeys and for our juice!)...but it is hard to fit such a big bag in the fridge- I had to take a shelf out to make room! 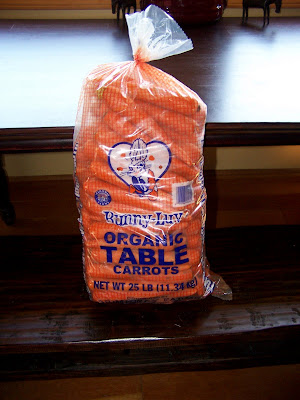 At The Lazy Vegan just about everything warrants a photo- even a big bag of carrots. 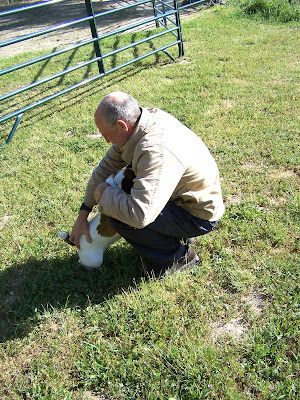 Bravo gets a hug. 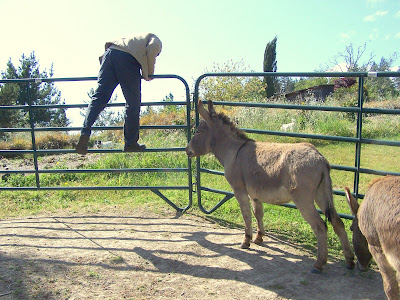 Weegie wonders what his "papa" is up to. 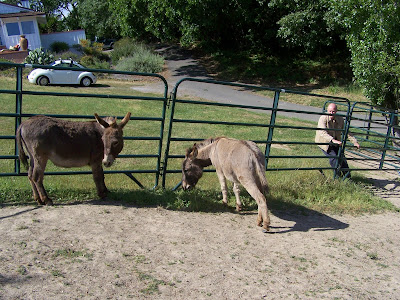 The fencing actually isn't all that easy to move. Here the foreman tests out his recently healed back! 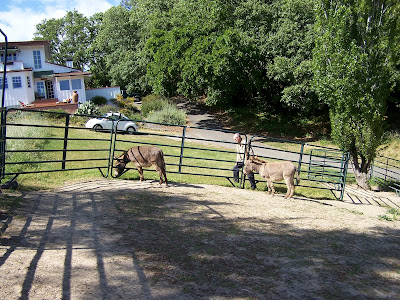