Morning Coffee with The Donkeys at The Lazy Vegan 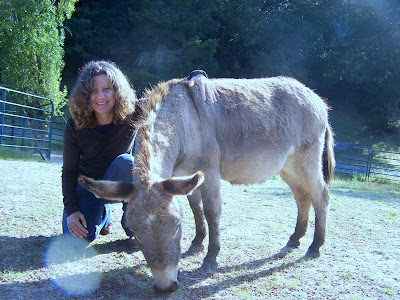 Hanging out with Weegie in the morning!
This morning we spent some quality time with the donkeys- we had coffee with them- Paco even had a few sips! He really went after Randy's coffee - he must like Peet's French Roast! But I make the coffee really strong, so after a few sips (he actually "drank" from the cup by using his tongue- his snout is too big to fit into the cup) he decided that coffee isn't really his cup of tea! Maybe I'll try tea next time. But I don't really want my boys to get addicted to caffeine- I'll have to try some caffeine-free peppermint tea next! 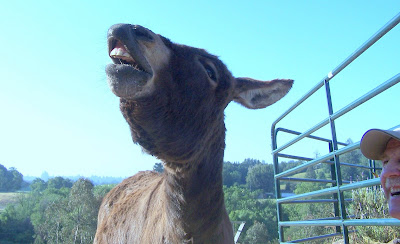 This expression was after taking a few sips of coffee- hilarious! 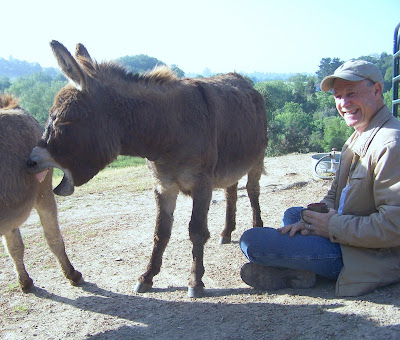 At this point he decided it was all just a bit too much for him. 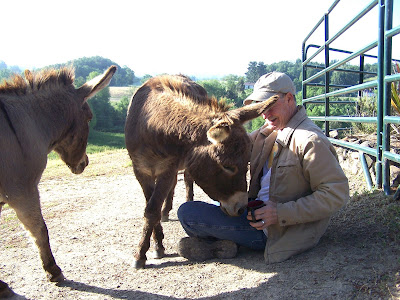 But before he decided that coffee wasn't his cup of tea, Paco wouldn't leave Randy's cup alone. Weegie was smart and didn't even bother! 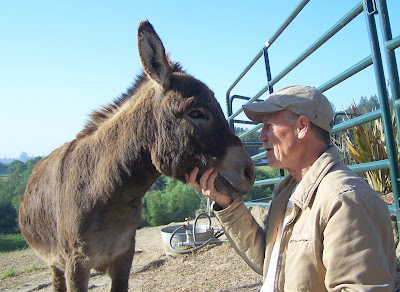 The foreman sure loves the donkeys! 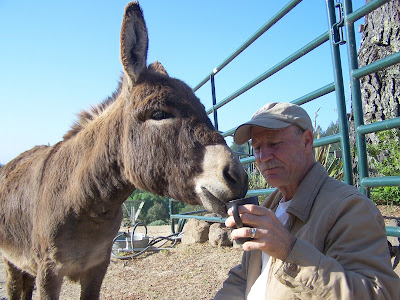 Why else would he give up HIS coffee? 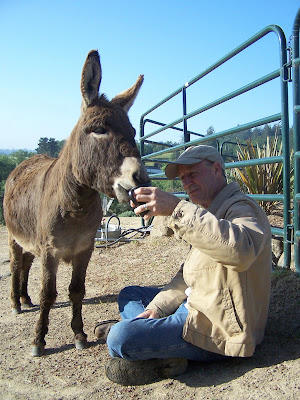 I'm sure the neighbors would get a kick out of this! 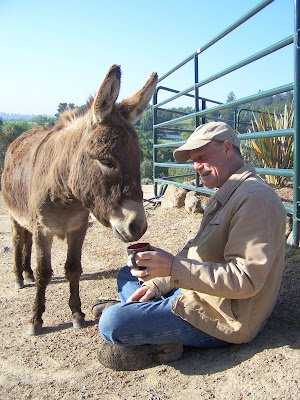 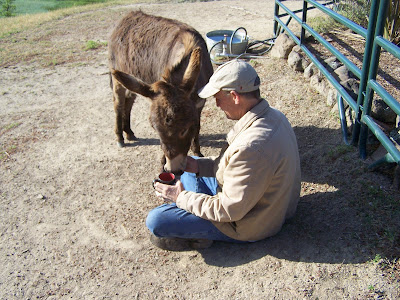 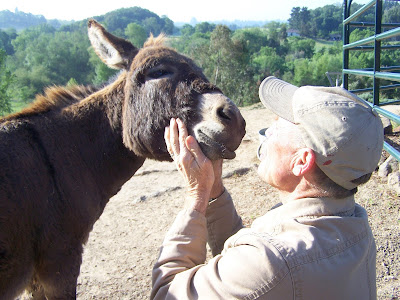 What a donkey face! 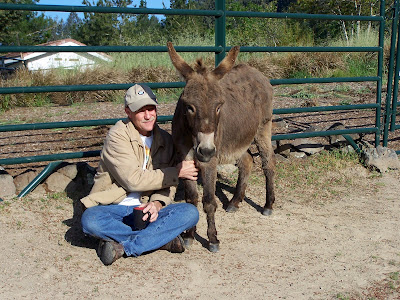 Soaking up some morning sun. 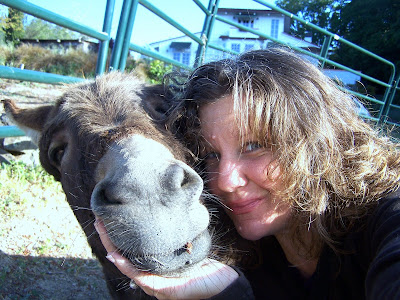 You can see why Paco's snout didn't fit in the cup- it is huge! 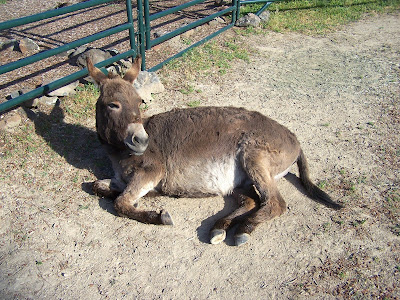 While Paco was drinking coffee and lounging, Weegie was off grazing. He's one smart donkey.

It turns out there are some donkey associations with coffee! 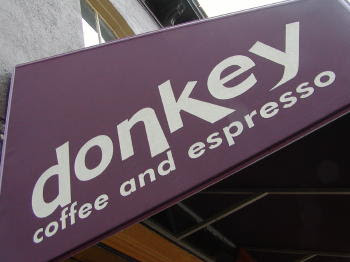