Simple Saturday at The Lazy Vegan 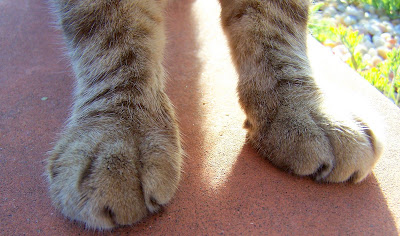 Even Boulder's paws are cute!

It was a simple Saturday at The Lazy Vegan...so simple, in fact, that the donkeys spent a long time playing with a stick! We're trying to think of what kind of toys we can bring into the pasture for them to play with. They really love new things- especially things that they can pick up with their mouths and move around. They pretty much ignore the expensive horse balls that I bought a long time ago, however. I'd love to sit down and play a game of Monopoly with them, but I can just see Paco deciding he's had enough and kicking over the game board! 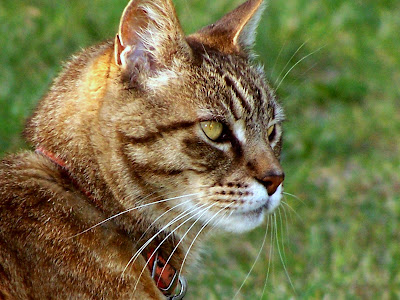 I feed Boulder so many times a day now that it is ridiculous. He's just so finicky, and will only eat very small portions at at time...he's getting old! 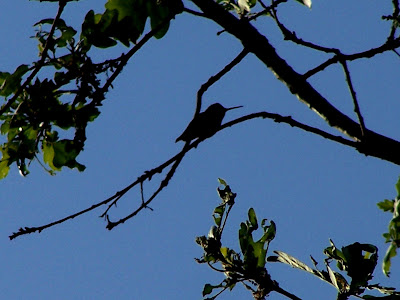 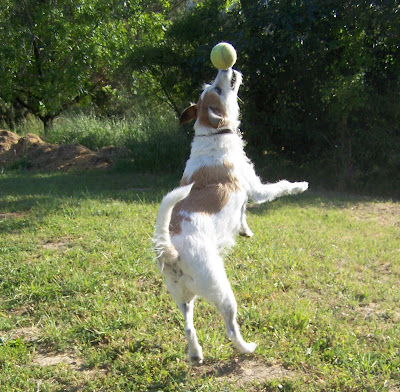 Toby should be paid for this! 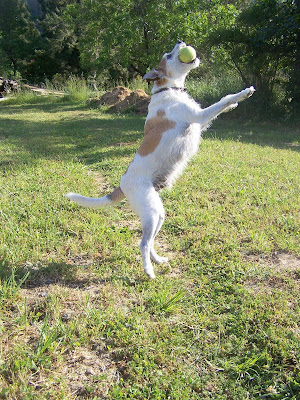 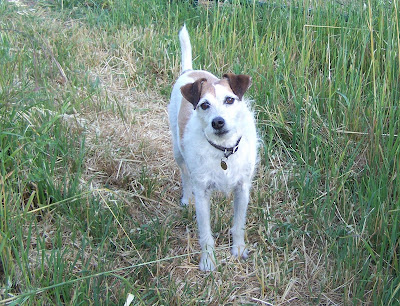 Such a patient little terrier. 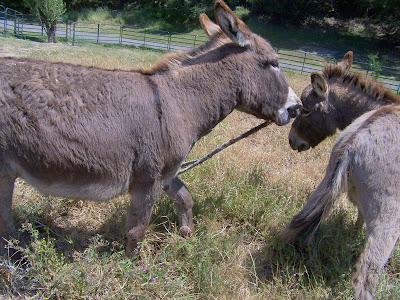 The thrill of playing with the stick! 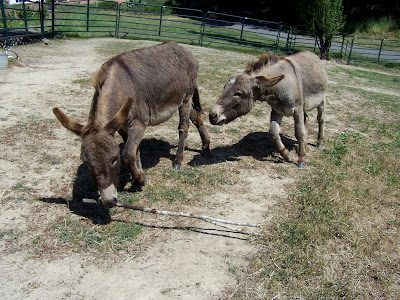 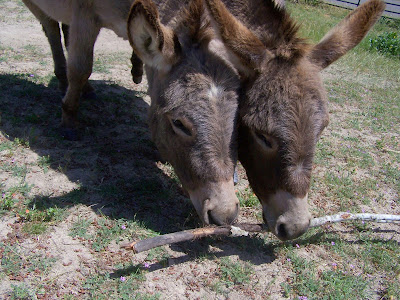 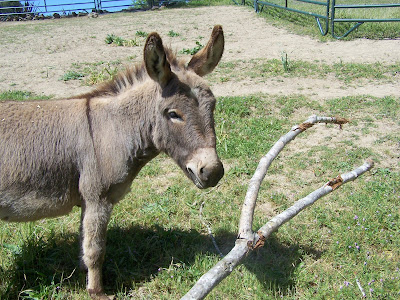 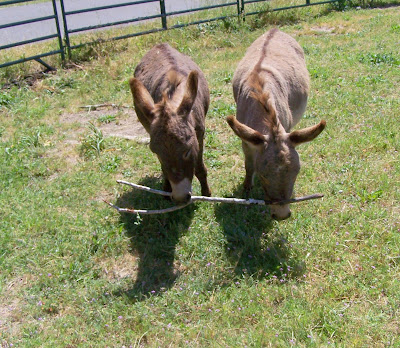 Then it is time to get serious and pick the stick up! 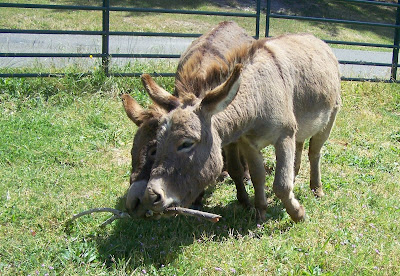 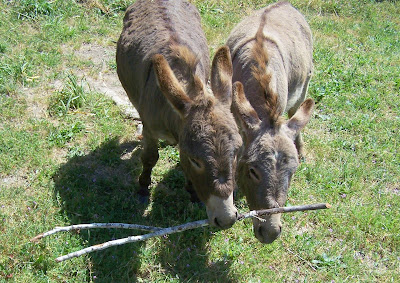 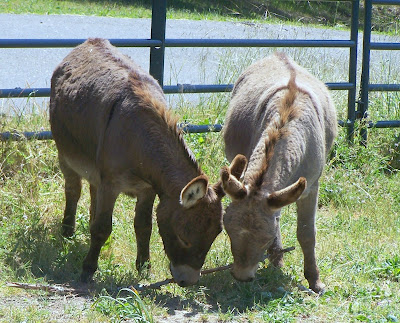 This went on and on. 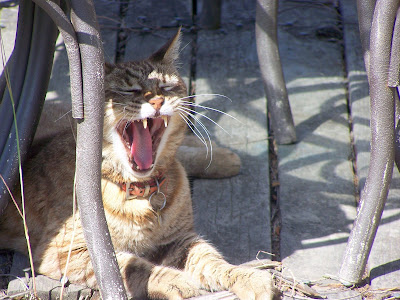 Obviously Boulder isn't too excited about playing with a stick. 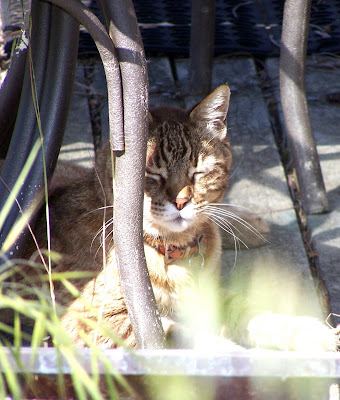