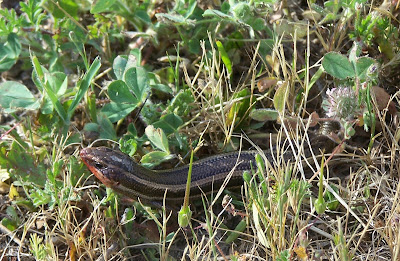 The creatures were all out at The Lazy Vegan today...this little guy above was really hoping I didn't see him ( and I was happy to take a quick photo and then let him be!) and Bravo was straining at his leash to investigate (good thing he was on his leash!). It was another hot one today! I'm looking forward to some cooler breezes tomorrow. In other, unexciting but somewhat humorous Lazy Vegan news, the foreman was upset today because he announced that the rider mower had been STOLEN. He had been mowing at the base of the driveway when the mower died the other day, so he left it there. And early this evening he was zooming off to show a house when he realized that the mower was GONE!! He called me from his cell phone to inform me of this terrible news. I immediately ran down the driveway to confirm that the mower was, indeed, missing. I couldn't believe that somebody would be so brazen to come upon our property and take a rider mower (no easy task). Immediately I thought that we had to get a gate at the bottom of the driveway. I was all set to knock on the neighbor's door to see if they had seen anything suspicious (like a freshly mowed lawn!) when I thought that maybe I should take a quick look around the property first...and as I turned the corner from the corral, lo & behold, there was the mower!! The foreman had forgotten that he had moved it to another location. So he was pretty happy to get my call that the mower was still here. And that closes the case of the missing rider mower! 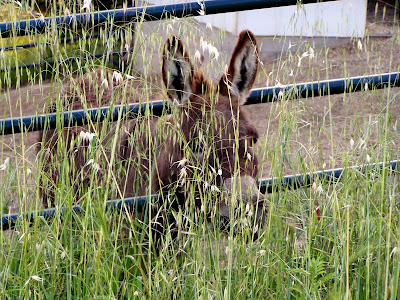 Paco wonders why in the world we need to mow anything when we have him around! 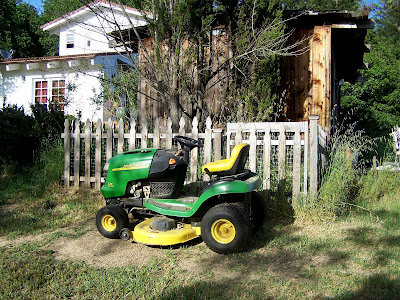 There it was, perfectly safe and sound! 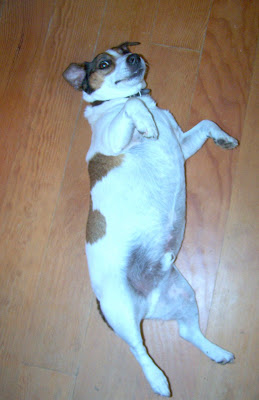 When it gets really hot Bravo likes to flop down on the floor and stretch out. Pretty silly! 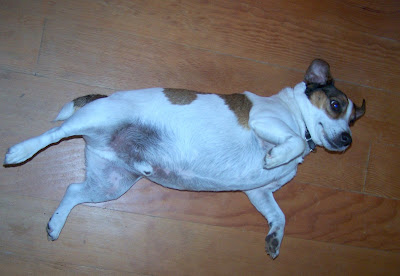 Apparently this lizard likes to flop down, too. 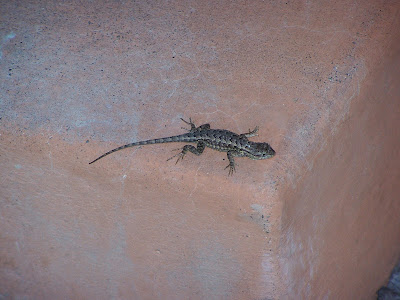 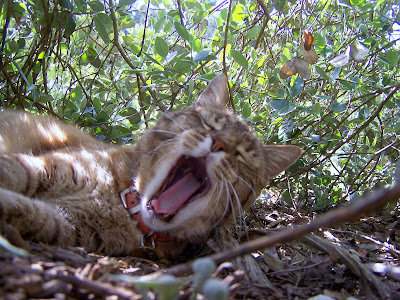 Boulder didn't budge from his spot in the shade, with his bowl of water (with ice cubes) nearby. 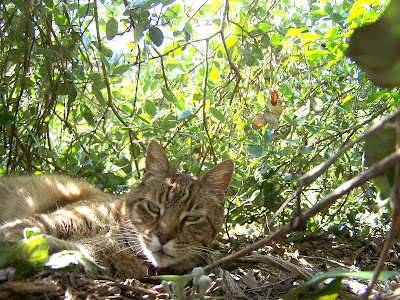 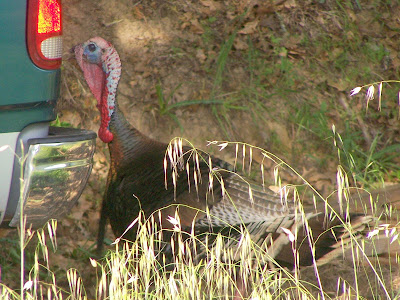 I saw this turkey pecking at the bumper of the truck over and over again. Of course, if it had been the VW Beetle, I would have been running and screaming. Not sure what he was doing. Maybe he saw his reflection. 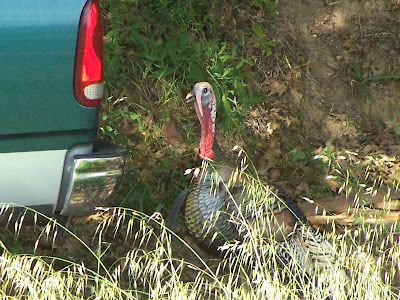 SINGING WITH "THE BOYS" VIDEO!
Posted by Diana at 6:00 PM