A Day to Heal at The Lazy Vegan 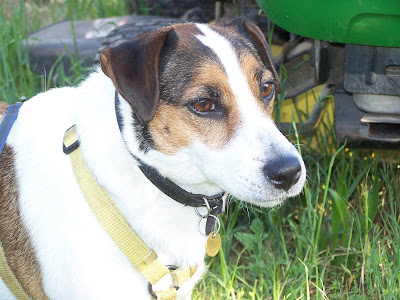 Bravo took the day to heal after his surgery- he definitely is not back to normal yet. He (I should say WE) had a sleepless night of whining and getting up last night. I think his painkillers had worn off and his mouth was bothering him. Poor Boo-Chop! I'm hopeful that by tomorrow he'll feel much better. Not even a visit from Paul really perked him up- he was briefly enthusiastic and then went back to being sluggish. In other news of the day, we hired wonderful men who came and weeded the yard and it looks great! They'll be returning tomorrow. The donkeys watched with interest when they weeded near the pasture, and even scored a few weeds. Yum! 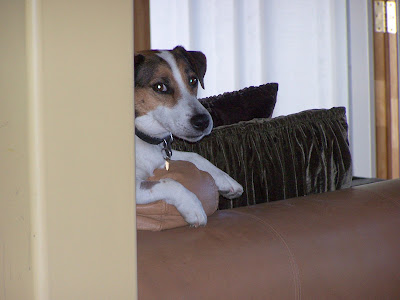 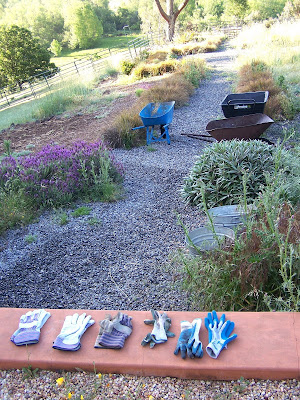 The foreman had everything ready for the workers. 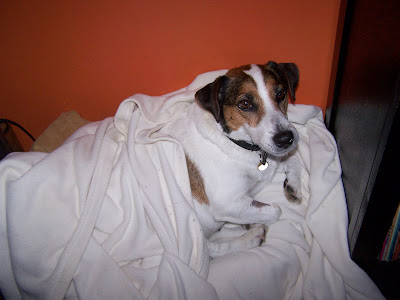 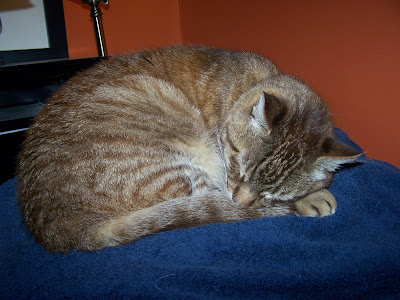 You can see that we had company at that hour, although he wasn't awake. 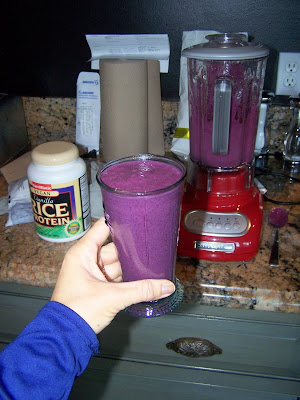 This morning's smoothie was especially colorful from blueberries! 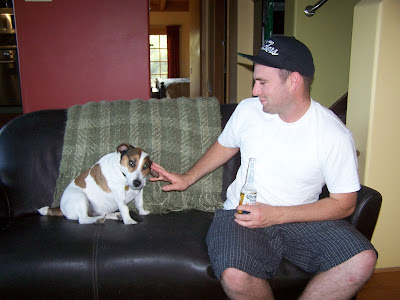 Paul and Bravo. Poor Bravo just wasn't up to socializing. 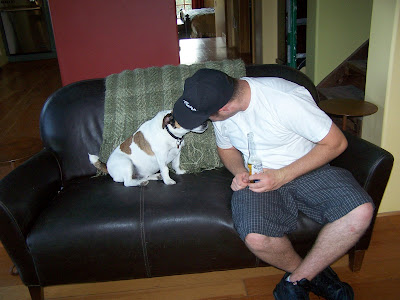 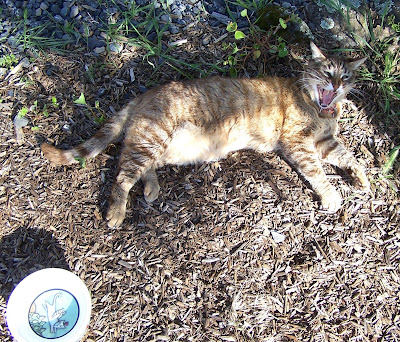 While the workers weeded, Boulder lounged. 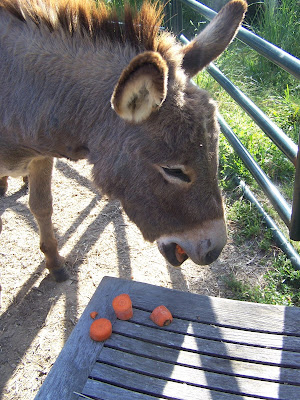 I have a system with Weegie now at carrot treat time. Since he won't take carrots from my hand (but he will take them from the foreman, for some annoying reason), I line them up on the bench beside me and he picks them up one at a time. 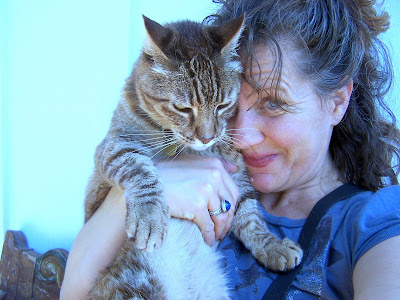 A silly photo with my Boulder! 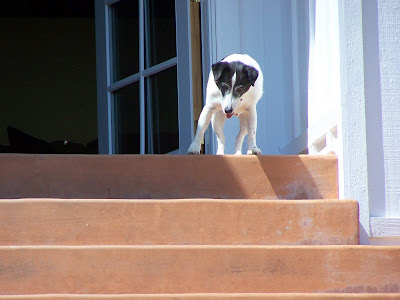 Solo takes a long, long, long time to make it down the terrace steps. 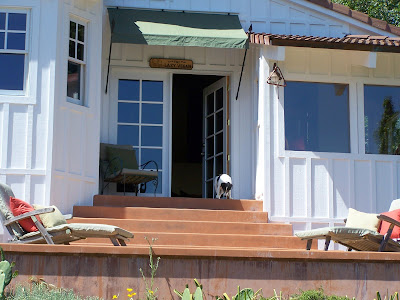 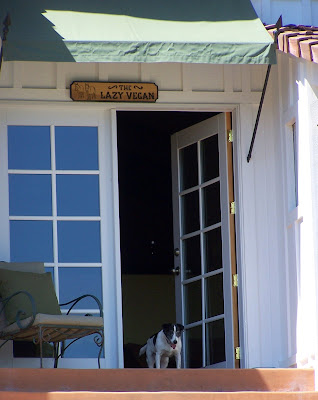