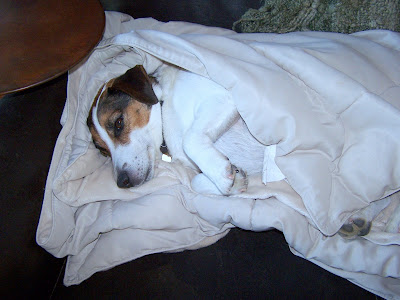 The big surgery for Bravo turned out to be good news...it wasn't a tumor in his mouth, just a big lump forming around a tiny, tiny grass seed! Still, he's pretty wiped out after being put under and spending the entire day at the vet office. I'm thrilled that it was a relatively simple procedure. Now the hard part will be keeping him away from the grass- which is pretty much impossible! 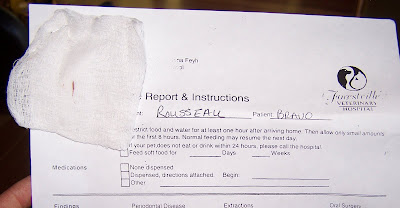 That tiny speck on the piece of cotton is the grass seed! 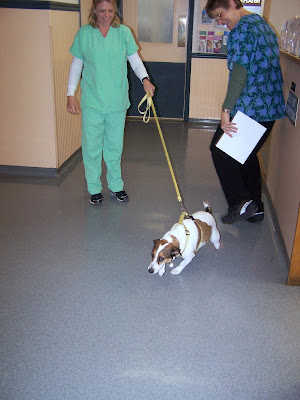 Despite being groggy, Bravo was in a big hurry to leave the vet office! 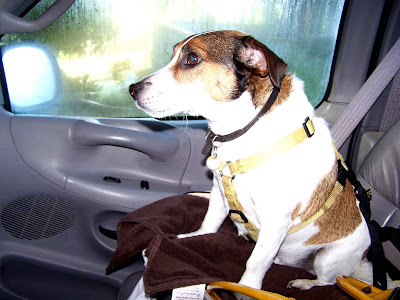 Early in the morning, all set in his dog car seat! 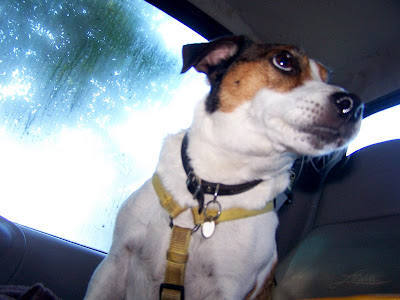 This was one anxious pup! 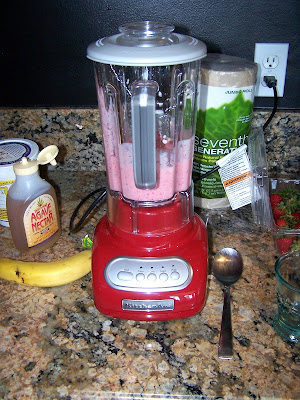 While poor Bravo was in surgery, I was making a smoothie for lunch with our new fancy blender! 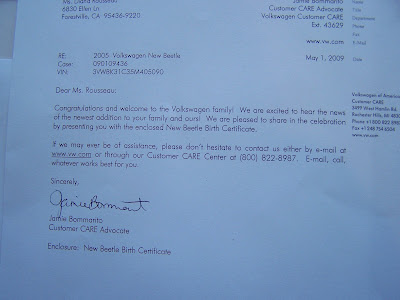 OMG- in other very exciting news, the birth certificate for my VW Beetle arrived!!!! 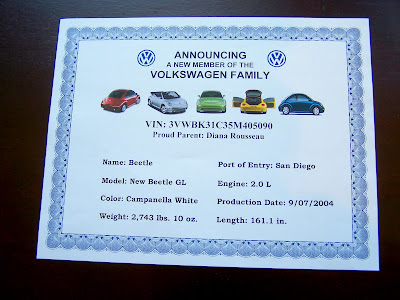 If you double click on the photo, you can see it better...and see who the "proud parent" is! 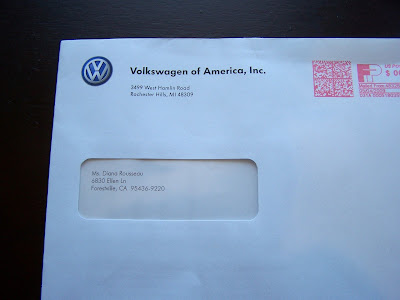 I'll have to put it in Beetle's special file. 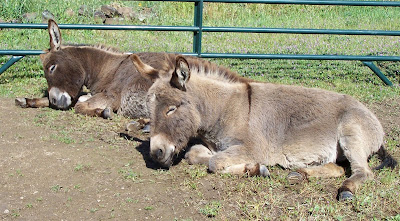 I have to say that the donks didn't seem one bit concerned that Bravo was gone for the day. 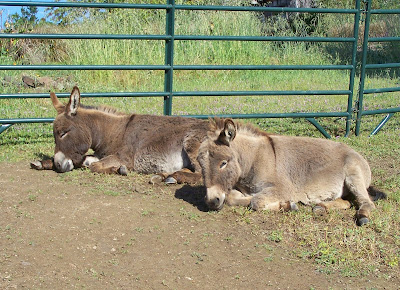 They were very serious about lounging! 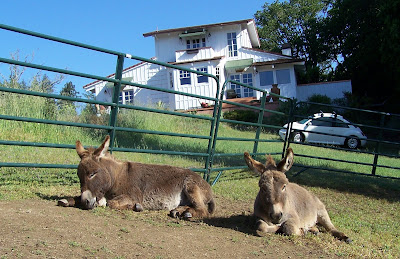 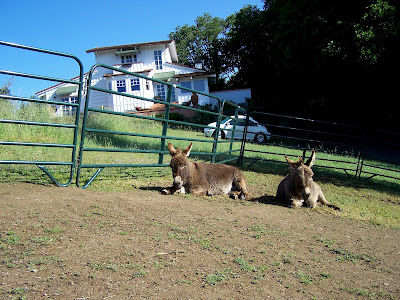 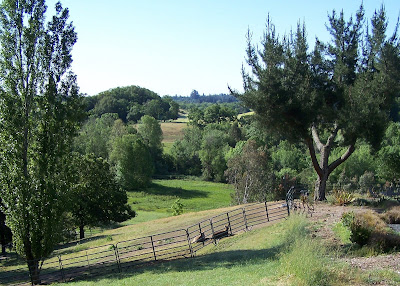 The view from the kitchen window.
CHECK OUT BELOW...Claire has new photos up on her blog- this one is my favorite!!! 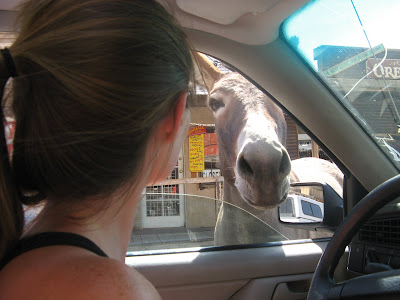 http://clearlightred.blogspot.com/
Posted by Diana at 6:24 PM