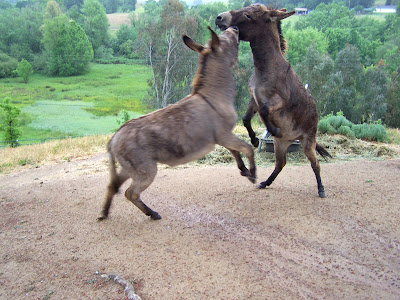 It wasn't too wet for the donkeys to play!
The second day of May turned out to be just as rainy as the first day...so we'll still be waiting to see if April showers really bring May flowers!! The donkeys ran around playing and slipped in the mud a bit, which doesn't ever seem to deter them. The dogs and Boulder lounged around- ALL DAY- starting with early in the morning, when Bravo hopped up and joined Boulder on the unmade bed! I met Snap for our weekly run/bike ride, but since it was raining we went instead to her house for breakfast and I got to see the new carpet that was installed- the WRONG carpet that was installed throughout her entire house. Wrong meaning it wasn't the carpet she had ordered, and after seeing the sample compared to what was installed, the difference is huge! So now she gets to wait for the correct carpet to be put in. It is hard to imagine that Dan, with all of his carpet experience, isn't rolling his eyes in Heaven about all of this right now! 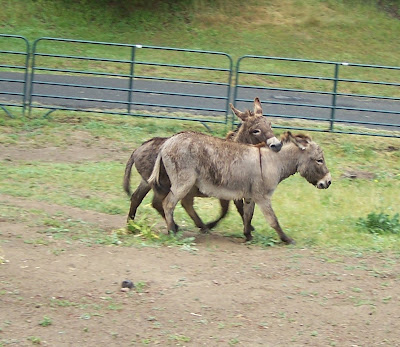 Sometimes I get too close to the donkeys when they are playing, and Paco eyes me like he's about to bite my scruff of neck like donkeys do!! 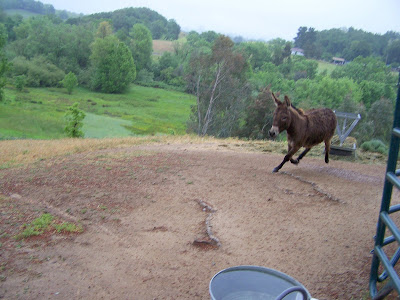 Paco zooms around the corner, snorting as he goes. 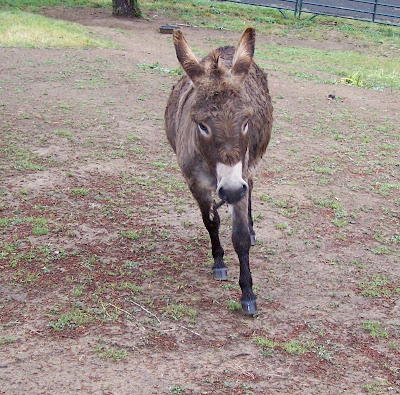 He had picked up this little piece of stick and actually brought it over to me, just like a dog! 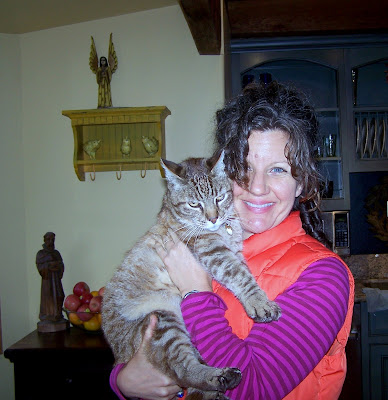 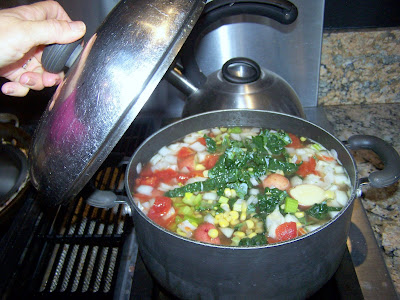 It was the perfect day to make a soup with potatoes, tomatoes, celery, onion, kale, fakin' chicken broth and more... 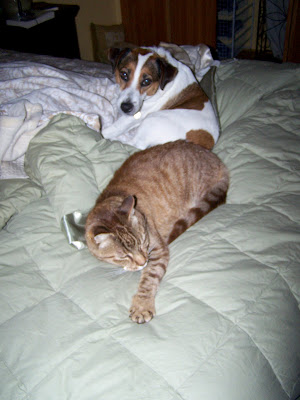 It is pretty hard to make a bed when animals are on it! 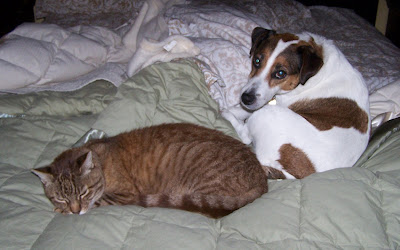