Beetler Gets His Personalized License Plate! 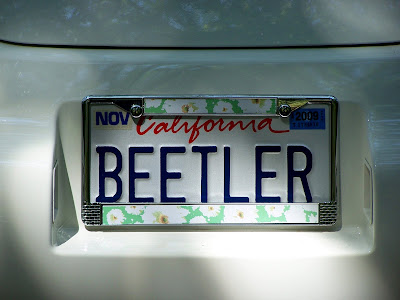 It is official! Beetler, beloved Beetle of Mine, got his personalized plates today-much earlier than I expected. I went in the morning to pick them up at the DMV and didn't even have to wait long (amazing). Now Beetler can let the world know who he is...of course, other drivers might think that the name refers to the driver, and that's fine, too...I am kind-of a "Beetler", too! In other Lazy Vegan news, Paul was here to help again today and with the foreman they both finished tiling the bathroom floor and then started to put a new door in the cabin...there seems to be an endless amount of work around here. The donkeys were intrigued when the work crew came into their corral again- this time to take off the hinges on the barn opening from when we used to have- prior to donkeys- French doors hanging there. Too bad they both can't swing a hammer- they'd probably love to work and we could use their help! 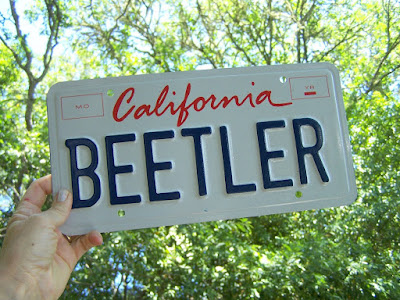 A cute name for a cute car, I think! 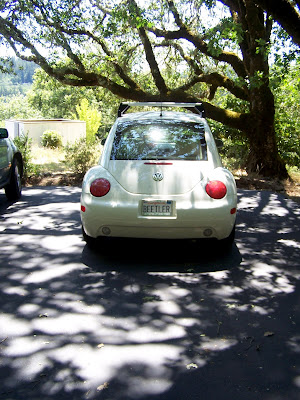 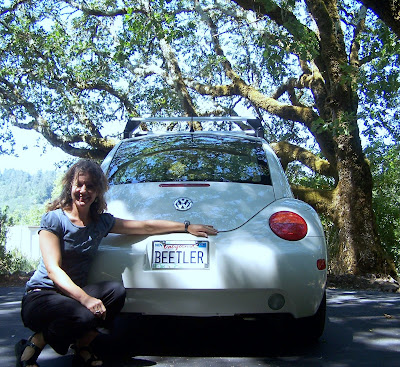 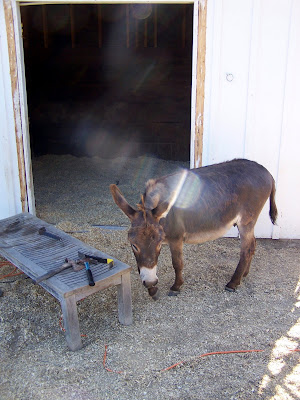 Paco tries to help take off the old door hinges. 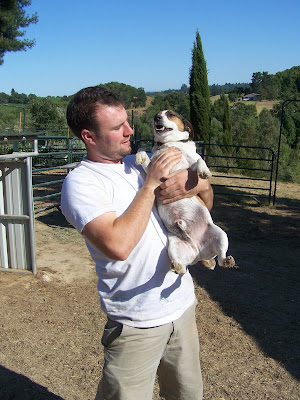 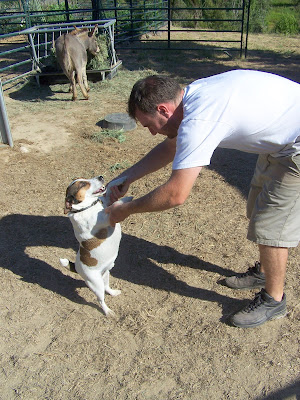 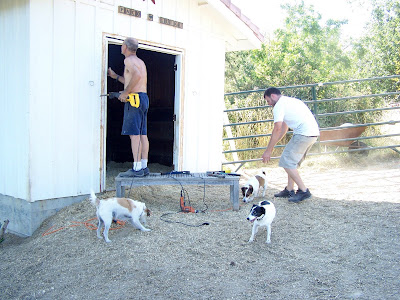 The terriers really wanted to help, too. 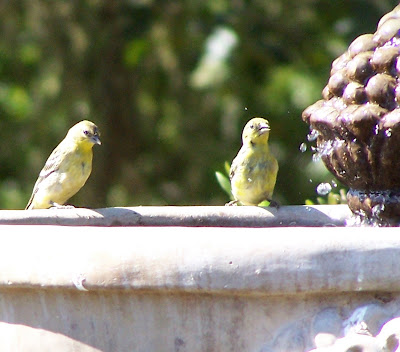 "Geez, Matilda...there's always something going on at The Lazy Vegan!" 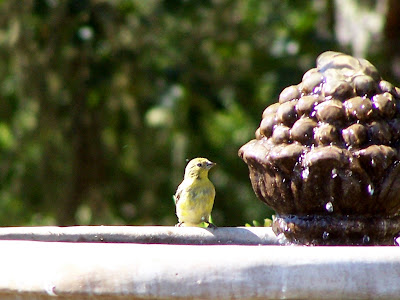 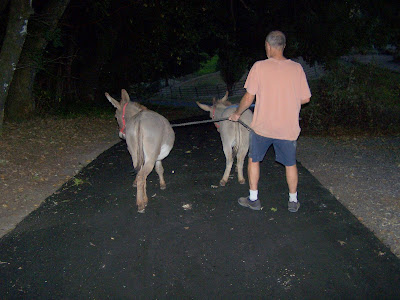 From last night- the foreman took the boys for a stroll. 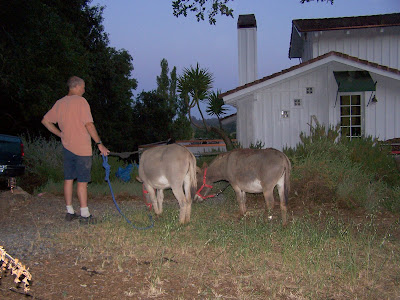 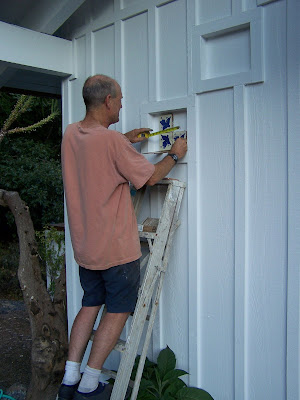 One of the foreman's many projects...putting beautiful Mexican tiles of swallows in where windows used to be! I'll take more photos when the project is completed.