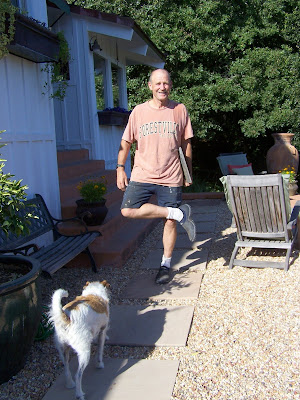 The foreman shows off his new shoes...a shorter version of his "muck boots".
It was a simple Father's Day at The Lazy Vegan today...since I had my screenwriting class, the foreman was on his own with the animal crew- and even had to do an open house (which was slow)! And then he worked on tiling the bathroom floor...so really, it was pretty much like any other day. I heard Weegie hee haw for the first time in a long time today because I was late with dinner- I haven't heard either one of them bray for ages. Weegie's little hee-haw is really adorable...he tries so hard but it is more of a raspy squeak than a full-fledged hee-haw. I raced down with a flake of hay and both donkeys ran to the feeder like they hadn't eaten in weeks. They're really both quite dramatic, I'm realizing...but if I had to wait for somebody to come and feed me, I'd be dramatic about it, too! 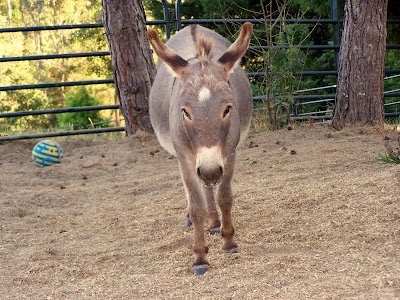 Weegie is a bit out of practice with his hee-hawing! 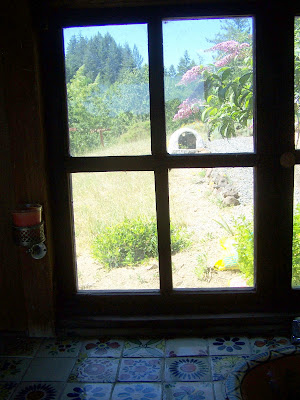 The view out the window from the cleaned out front cabin. 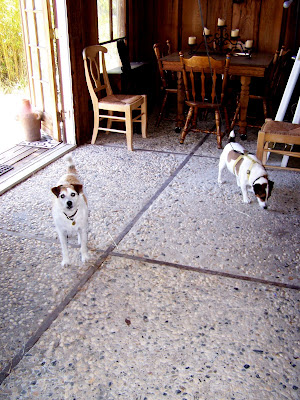 The pups are thinking this would make a great dog house! 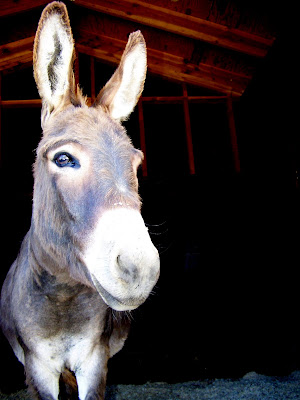 I was very happy to come home and see my donks. They were hanging out in the barn to get away from the flies. I put more fly spray on them, which thankfully works immediately. 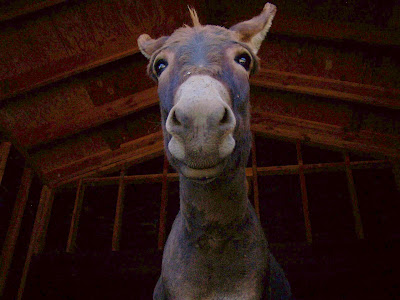 When I drove home today I went the back way so I could drive by the Honkey Donkey Farm. Lots of young donkeys were in the front pasture eating their dinner. SOOOOO cute!! Donkeys are just about the cutest creatures I've ever seen. 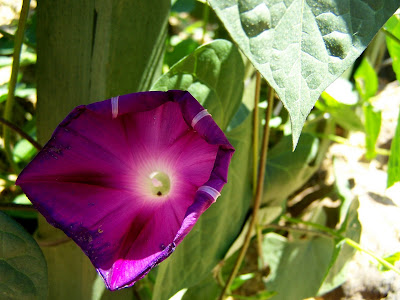 The first bloom on the new morning glory plant- this one is purple instead of blue. 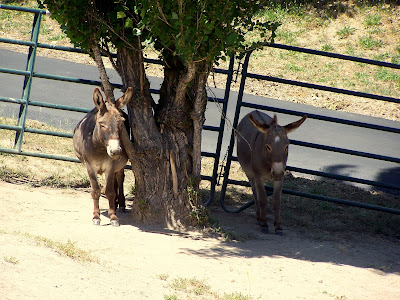 The boys love this spot. 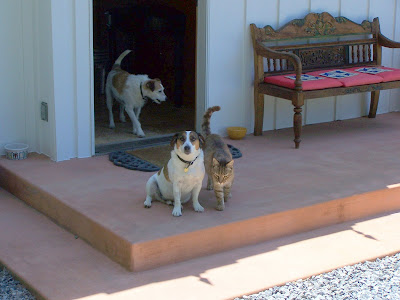 Greeted by the crew on the terrace! 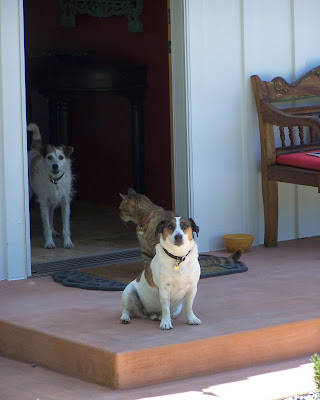 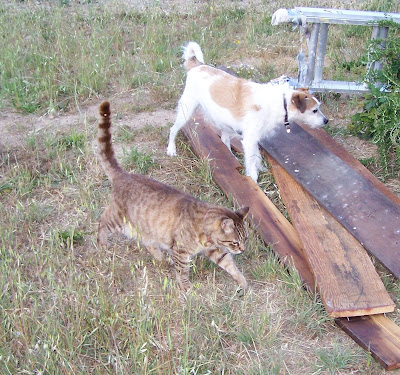 Sometimes I think Boulder wishes he was a dog. 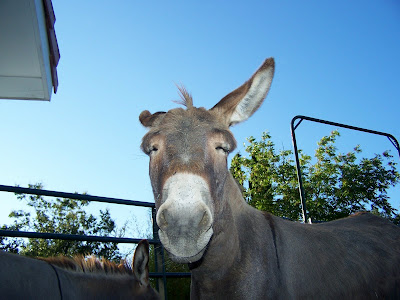 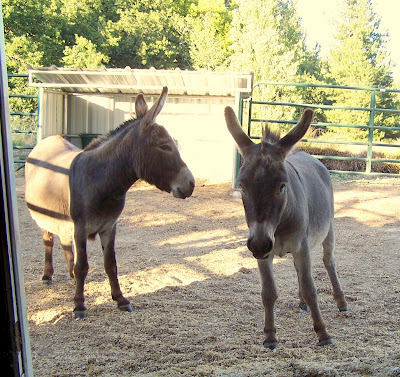 The boys watch as I clean out the barn. 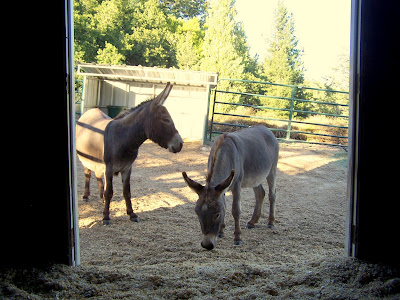 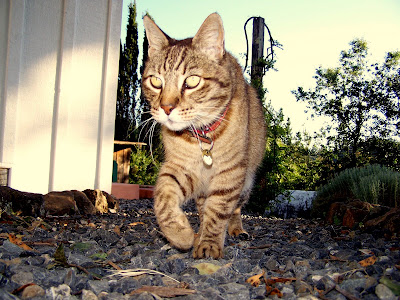 Boulder heads in for dinner. 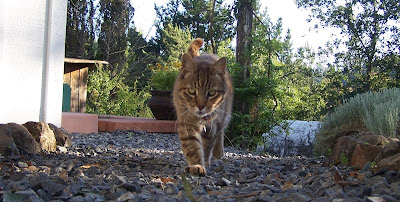