Just a Typical Tuesday at The Lazy Vegan 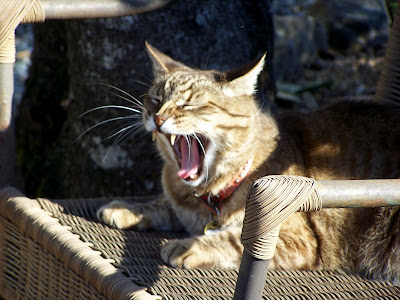 On this typical day at The Lazy Vegan, Boulder managed to get in many cat naps. Now that it is cooler he likes to hang out in a chair in semi-sunshine. I bring him his meals out there (yes, the animals are SERVED here at the L.V.!) and he seems pretty content with the arrangement. In other L.V. news, the foreman has great idea after great idea for the big property improvement project (also known as B.P.I.P.). He did some research and came up with a great new roof for both cabins- it is a dark brick red material that kind of looks like metal. More on that in a future blog posting. It will really improve the look of both cabins, and it is a project that the foreman can do (along with Paul). I don't do roofs, so that leaves me out of the mix! 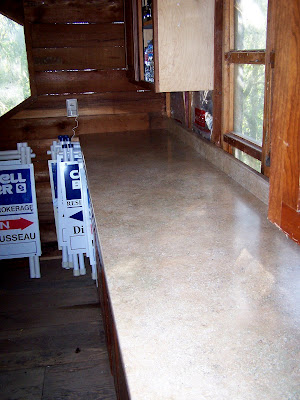 The new countertop the foreman put in- in the back cabin. 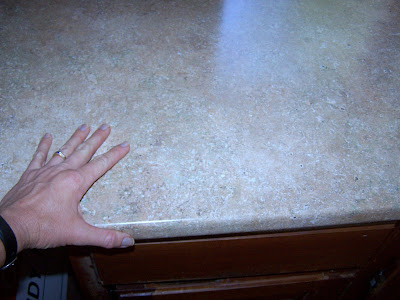 Not too shabby for a cabin interior! 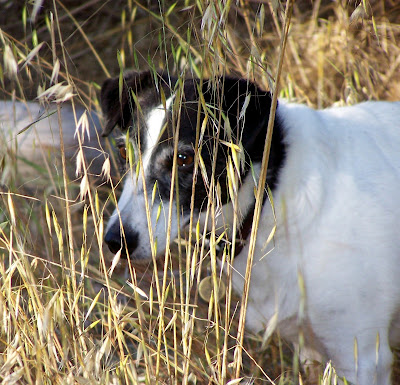 Solo's completely off his painkillers now and seems fine. I thought that the painkillers were helping his arthritis, but he seems to walk the same without them now...the only thing different is that I have been putting a heating pad regularly in his bed, and I think that's been helping. That's your Solo update.

It seems like there is always an opportunity to rescue trapped dragonflies and hummingbirds around here! The hummingbirds I can actually catch with my hands (when they're against a window)- as soon as you catch them they "freeze" and are completely still until you release them outdoors. The dragonflies are a little tougher- and this guy I got in a big glass. He was relieved to see the sky again! 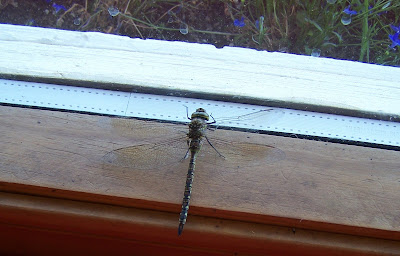 Dragonflies have a lot of the same colors that hummingbirds do. 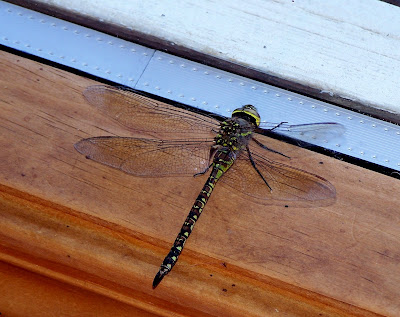 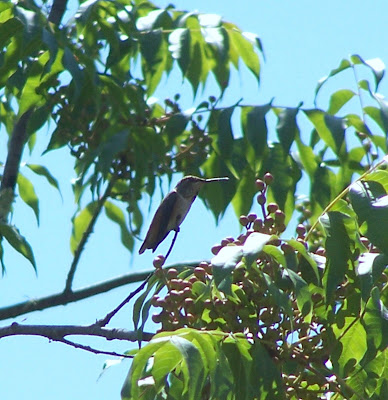 Speaking of hummers, I spotted this one in the tree! 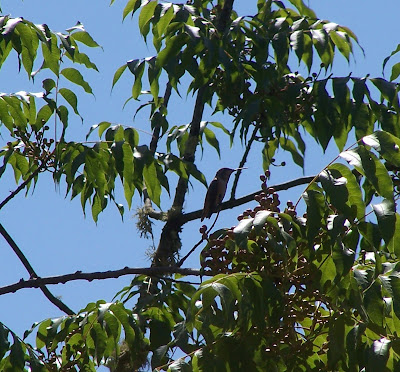 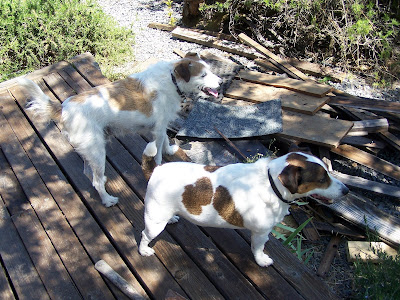 The terriers survey the broken down deck of the cabin. 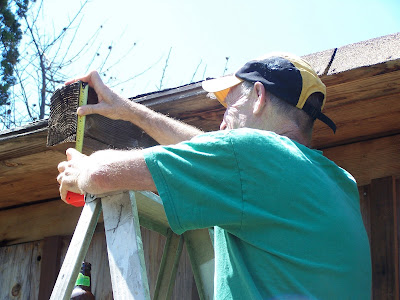 The foreman measures the beams of the cabin- he's planning to cut them into a Japanese style design. 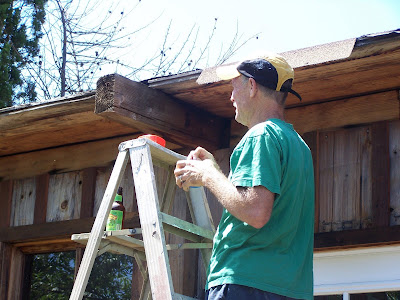 The beer bottle balanced on the ladder is always a nice touch. 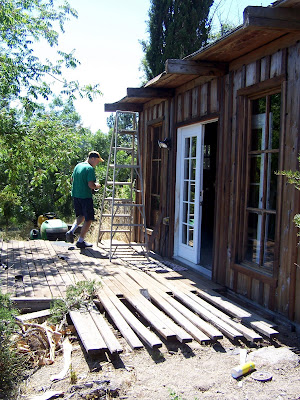 Most of the deck still needs to be torn off. 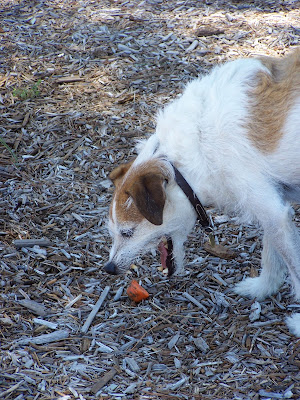 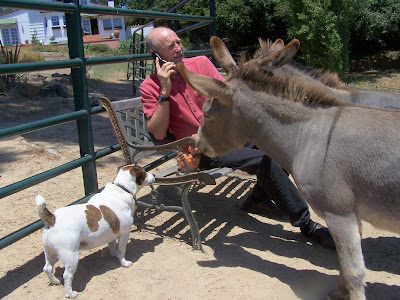 This was a bit amusing...during carrot treat time the foreman got an important real estate call- and he managed to feed the whole crew during most of the conversation before I took over! 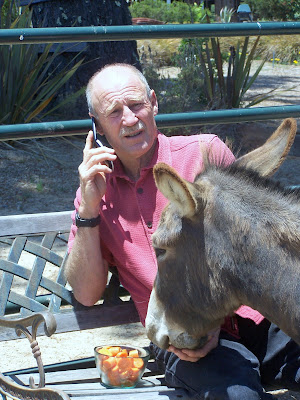 I'm sure the person on the other end had no idea that "carrot treat time" was going on. 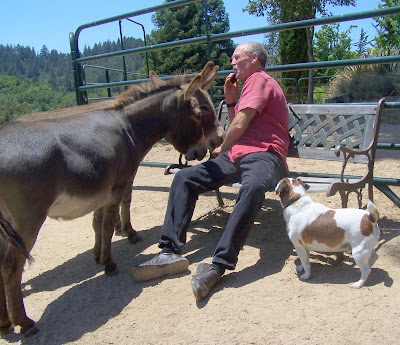 The animals were getting a bit pushy, though. 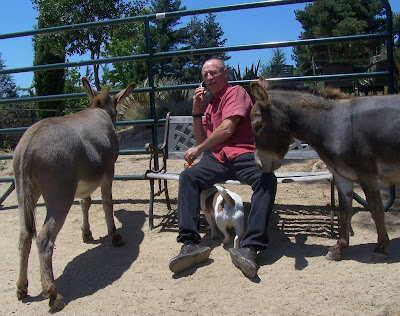 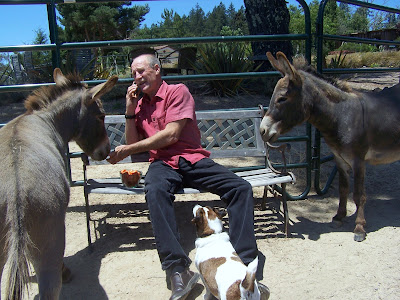 It was actually a serious conversation, which made this scene even funnier!
Posted by Diana at 5:54 PM