Putting the Star on The Lazy Vegan on a Friday 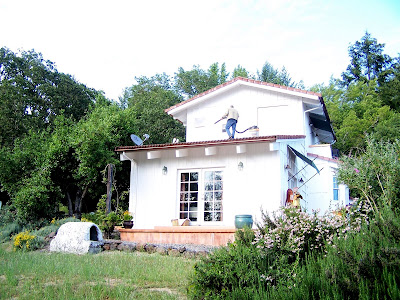 The foreman vacuums the roof. Why? Because apparently it needed it!

Once again it was supposed to thunderstorm today and nothing ever came of it. Lots of clouds gathered, but it was all for nothing. The foreman worked on patching the driveway- the first step in resealing it- and also put one of our cool rust stars on the outside of the house, which looks great! I spent a long time brushing the donkeys (something I have to videotape- they push one another out of the way to get their turn!). I can't believe how much they are still shedding. Donkeys lose their winter coat much later than horses do...so it seems like they spend a lot less time without a winter coat, since they'll start growing it again as soon as it gets chilly in the Fall. 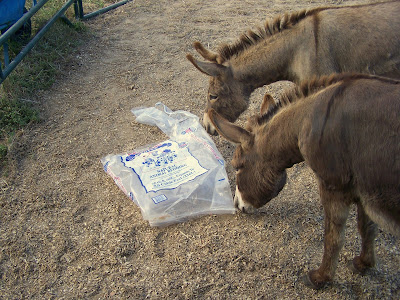 Lots of interest in the empty pine shavings bag! It was time for a thorough barn cleaning today. 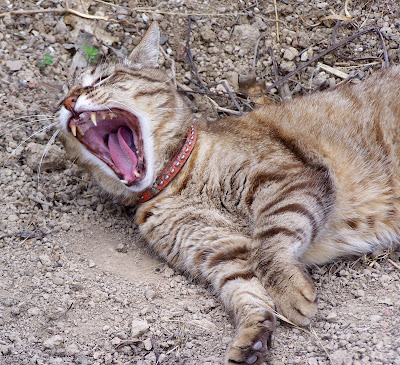 It doesn't matter what is going on or what time of day it is- there's always a good time for Boulder to nap! 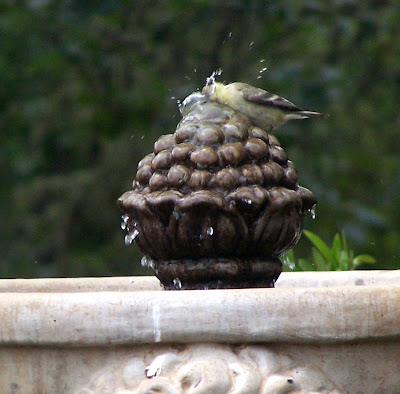 I love that our fountain gets so much use! 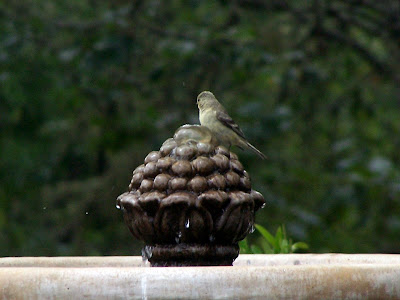 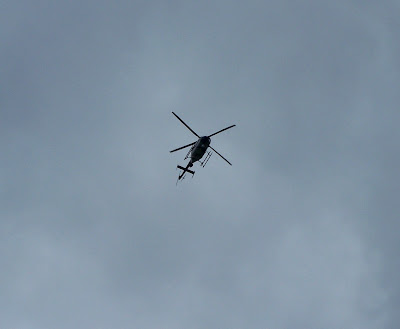 Big excitement today when a helicopter kept flying in circles around our property. Don't know what they were looking for, but they seemed zeroed in on The Lazy Vegan! So I waved and took their photo. 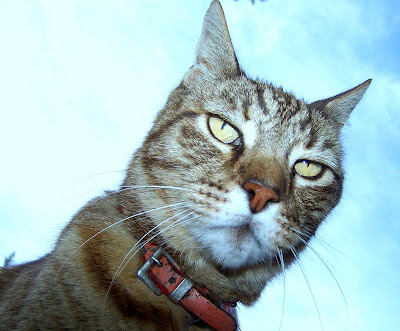 I call these series of Boulder photos "The Weather Cat". He likes to stand outside when the skies are cloudy and always looks as if he's about to give a weather report. 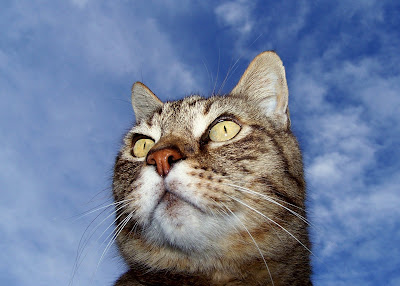 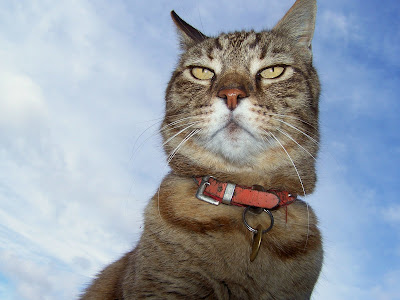 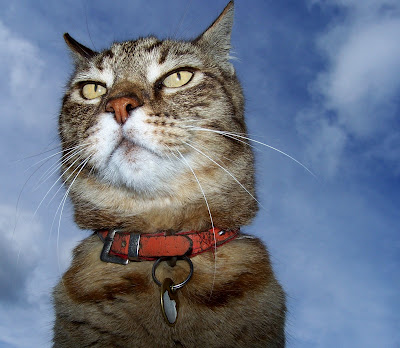 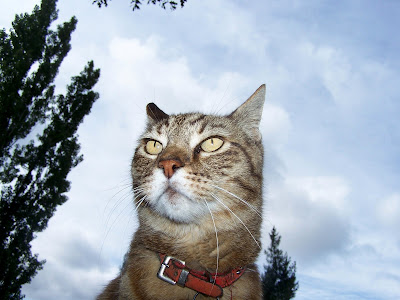 I got a little carried away with the Boulder photos! 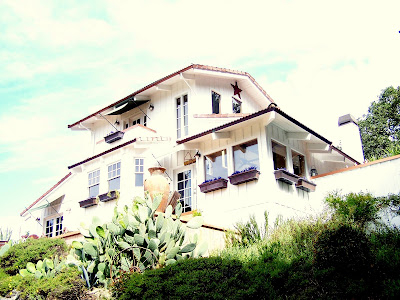 Look closely for the addition of the star... 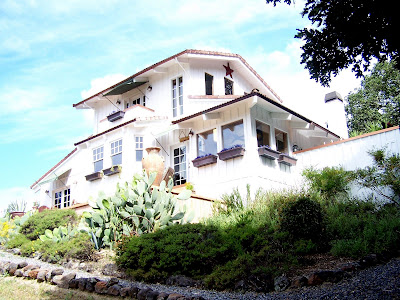 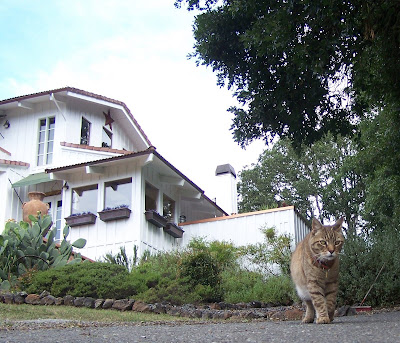 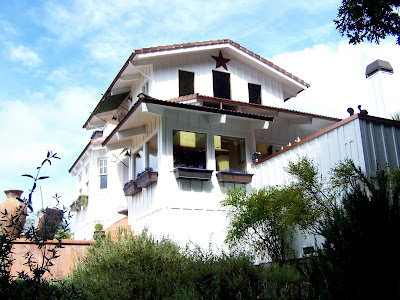 I like it- once again, a great suggestion by the foreman (a.k.a. the head of the design committee) at The Lazy Vegan! 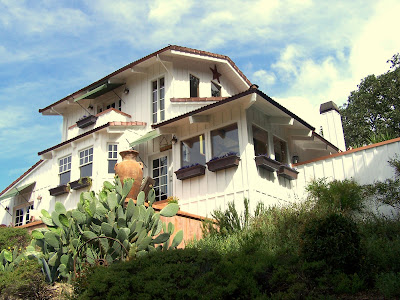