Attack of the Killer Wasps at The Lazy Vegan 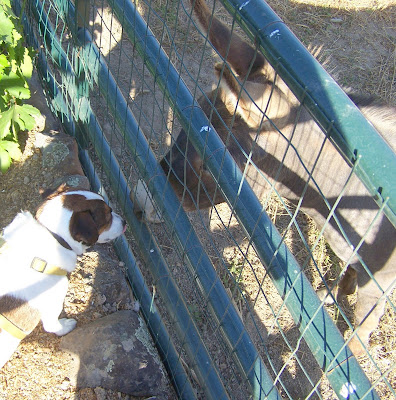 Bravo and Paco are friends as long as there's a fence between them!

It was quite the dramatic scene early this evening when I headed out the door with the pups and my camera. Within moments I was suddenly surrounded by KILLER WASPS (o.k., maybe not "killer"- but after being stung I am going to call them that!). I don't know if I somehow disturbed a nest somewhere or what- but one managed to trap itself in my hair and another flew down my shirt!! I dropped my camera and flung off my shirt (so lucky that we have privacy here at The Lazy Vegan) but was too slow- I was stung on my back, and then a second later stung on my head (dedicated blog readers may recall that some time back Snap was also stung on her head during our bike/run outing - and it is not a fun place to be stung!). At this point I had also dropped Bravo's leash and I think he was so freaked out to see his "mama" running frantically around that he just followed me back to the house. I was convinced that I still had a killer wasp on me and ran around the house while the foreman surveyed the scene. Even now, hours later, my head still throbs- my back isn't nearly as painful. And that's my story of the attack of the killer wasps! 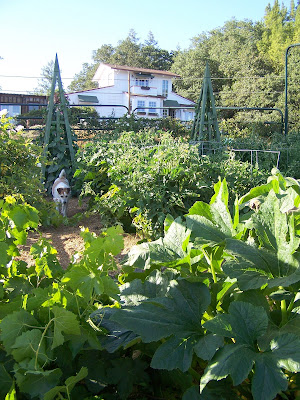 The garden is booming! 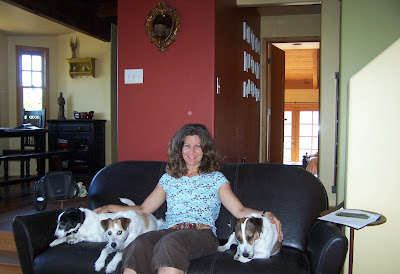 Thankfully I survived my wasp ordeal and was able to snuggle with all three pups later. 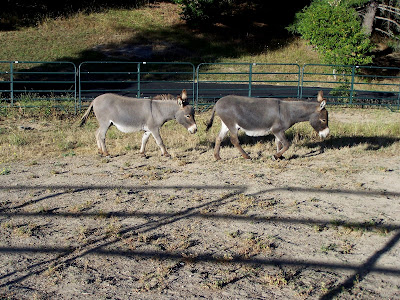 The donkeys just really hoped that I would still be able to serve them dinner. 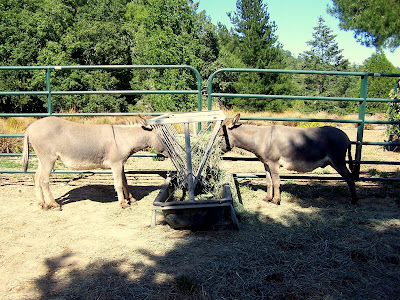 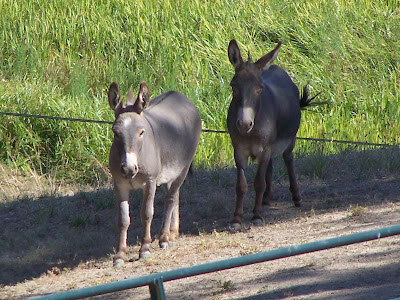 Shortly after the attack, I found the boys staring up at the house. At first I was flattered to think they were so concerned. Then I realized it was the dinner hour! 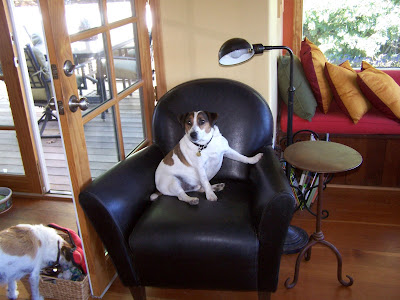 Bravo took in all of that drama and struck a pose to match the mood. 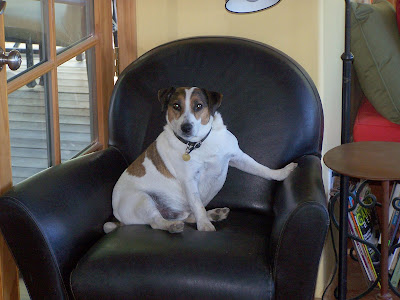 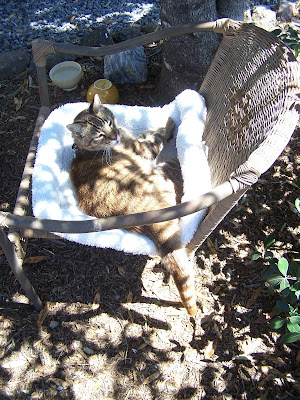 I put a pad on Boulder's favorite chair and now he loves the spot even more! 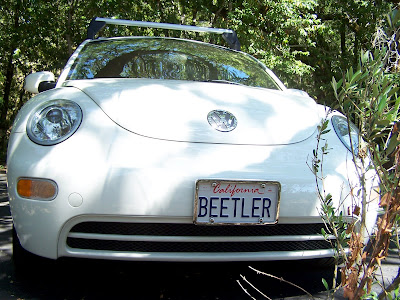 Beetler had a tune-up today and they put on the front plate for me...very snazzy! 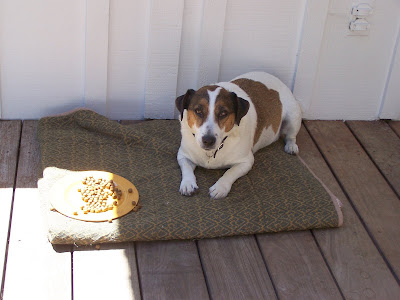 Bravo hasn't been too keen on his food lately. So unenthused has he been that today he decided to eat while laying down. 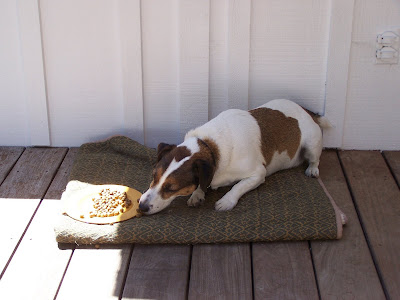 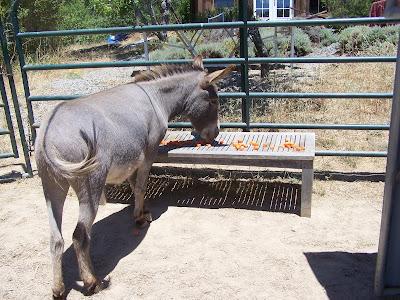 At carrot treat time today I just put the carrots out on the bench. Weegie was first in line!
Posted by Diana at 7:30 PM