Today it was double vet appointment (both Toby and Bravo needed shots) and double dump runs (two huge truckloads that I filled and Paul took to the dump)...pretty darn exciting! I didn't dare attempt to take both dogs at once since Bravo is so difficult in the car. So I zoomed Bravo over to the vet first (so convenient that the vet is just a couple of miles away) and managed to escape a big throw-up event- instead he just panted away and acted dramatic. Then I whizzed him back home, took off his halter and leash and put it on Toby and whisked him away to the vet. This all took some time, since one always ends up in the waiting room forever. And then I came home and did the dump stuff- lots of debris from the old cabin roof and torn-off deck and lots of rusty nails and glass- it is a good thing I recently had my tetanus shot! That's it for the Monday report at The Lazy Vegan. 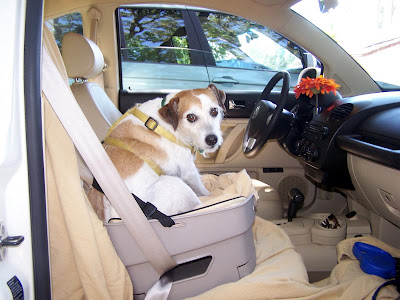 Both of them knew where they were headed, and they weren't happy about it. Notice how I put a sheet (and towels) all around to protect Beetler! 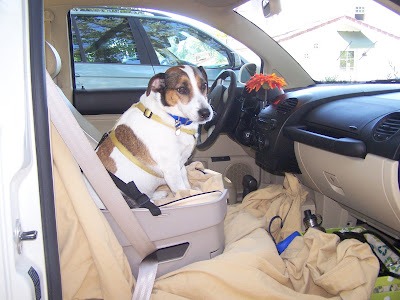 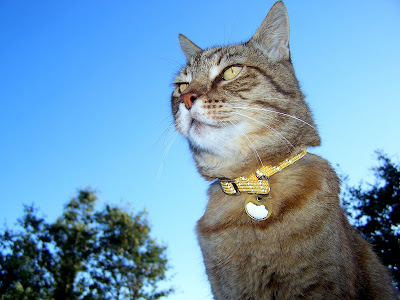 Boulder was very happy that he avoided the vet today. So was Solo. 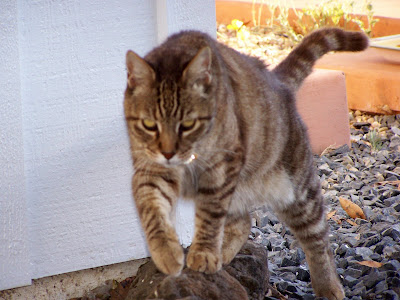 Boulder actually spent most of the day indoors, asleep on our bed. He finally ventured out around dinner time. 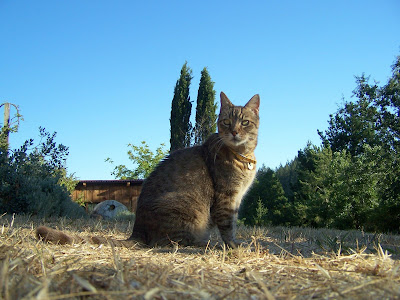 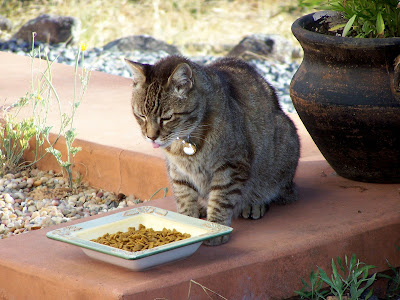 Not a bad spot to dine out. 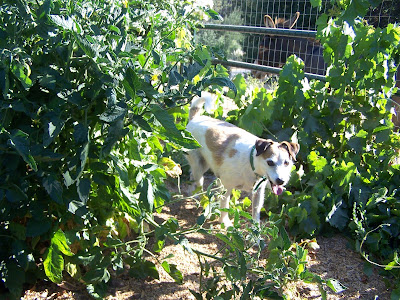 I love to sit out in the garden- and spot the donkey ears! 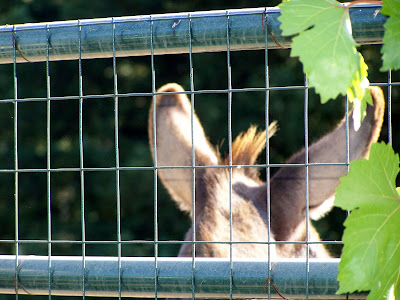 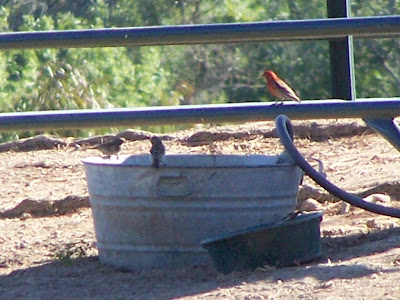 All of the birds and even squirrels - and who knows what else during the night - take advantage of the fresh water in the pasture! 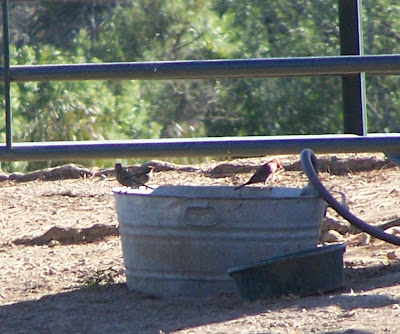 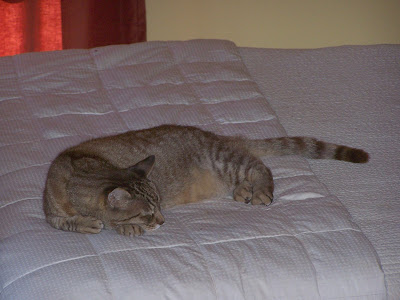 Where Boulder spent most of the day. 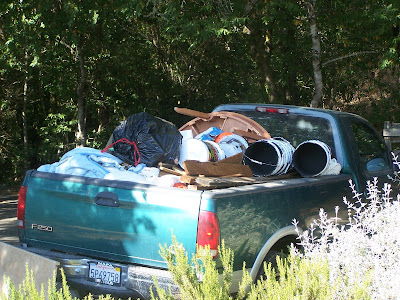 Filling the truck with garbage. Over 30 empty cans of driveway sealer, too!
Posted by Diana at 7:16 PM