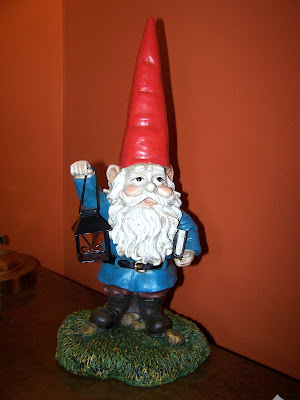 Today we went to a house warming party that was also a gnome party- each guest was supposed to come with a gnome, so we brought along the cute little guy, above. It turns out not many gnomes showed up, although three people did come wearing very nice handmade gnome hats! And then after the party, the foreman took the donkeys for a little walk- and their first ever visit to the recently renovated cabin- INSIDE! I would have been able to get better photos if I wasn't also supervising the dogs at the same time- we didn't want the donkeys to get spooked on their first time inside the cabin. But they both willingly wandered in and hung out with the foreman for a bit. Next time we'll put the dogs inside the house so the donkeys can really get a feel for the cabin! 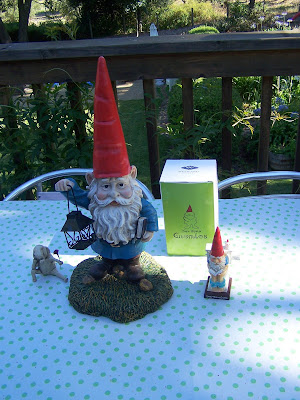 A cute elephant showed up (not exactly a gnome, but very cute!), our gnome and a gnome on a toilet... 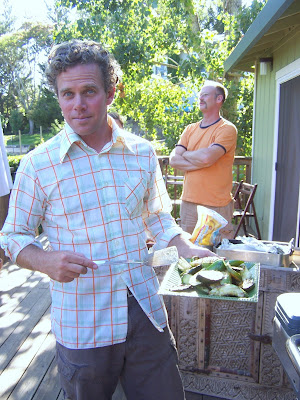 Shawn was kind enough to grill the zukes BEFORE the non-vegan items! 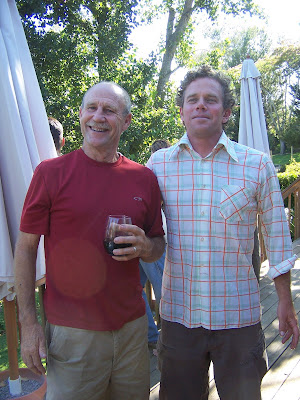 Randy and Shawn strike a pose. 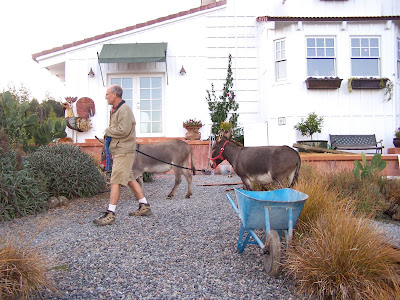 The foreman leads the donkeys to the cabin. 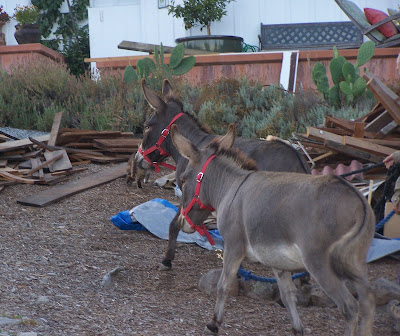 But first, the donkeys spotted Boulder (you can just barely see him racing out of the way)! 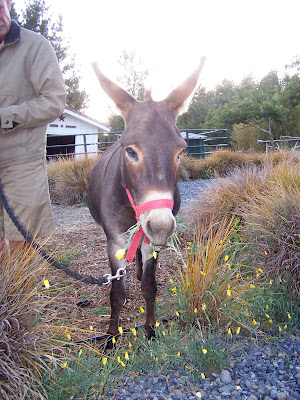 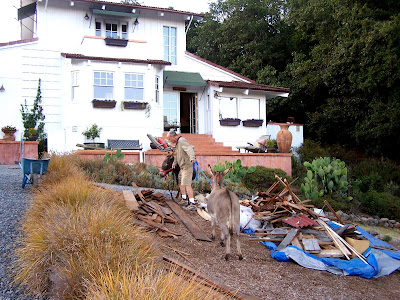 Weegie wasn't that thrilled about walking past the big wood pile. 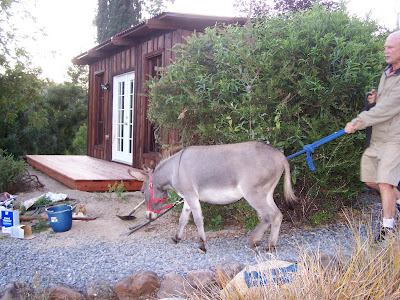 Checking out the new deck. 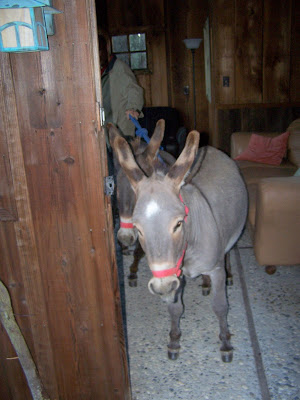 The donkeys INSIDE the cabin, looking out!! 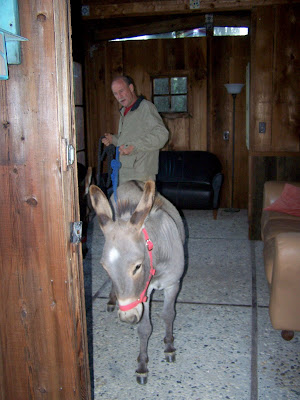 Weegie liked hanging out by the door, kind of like he does in the barn. 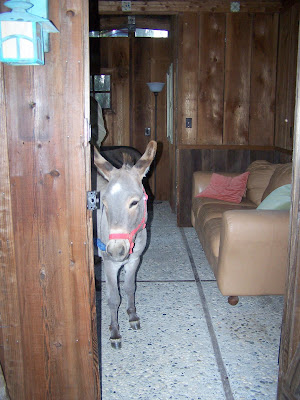 Checking out the furniture! 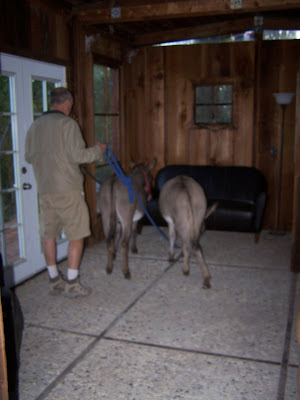 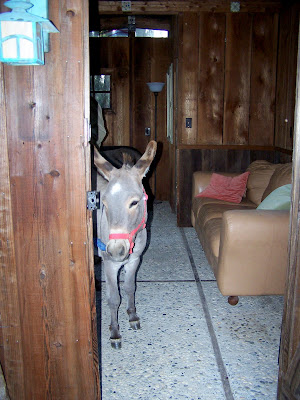 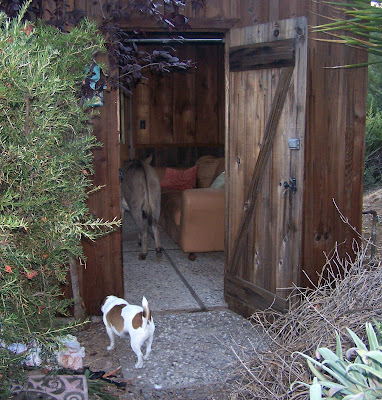 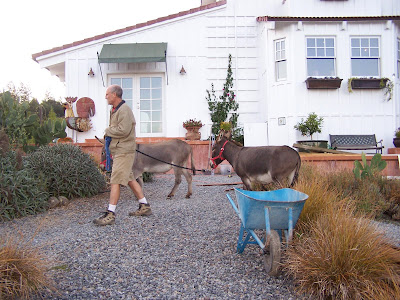 Somehow I got this twice- leading the donkeys to the cabin. It was a very promising start to what we hope will become a regular routine!
Posted by Diana at 8:20 PM