Lounging Donkeys and the Renovated Cabin at The Lazy Vegan 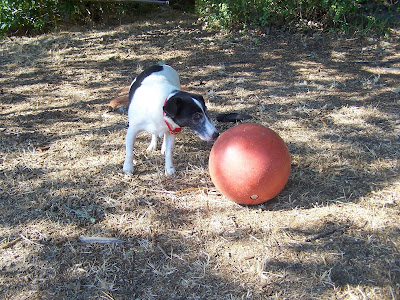 Solo and the red ball!
The donkeys had a grand day taking dust baths and lounging while the pups enjoyed hanging out in the renovated cabin early this evening. It has been transformed into a really relaxing retreat! The foreman set up a stereo and I listened to music while I cleaned windows out there. Pretty soon I saw a set of long-ears peering over the fence. The donkeys seem to love music- they both were staring up at the cabin. I opened the doors and put the volume up so they could hear it better. Classical music, too- they stood there for a long time listening! 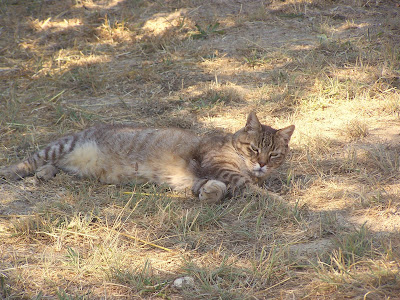 Boulder has yet to set paw in the renovated cabin. 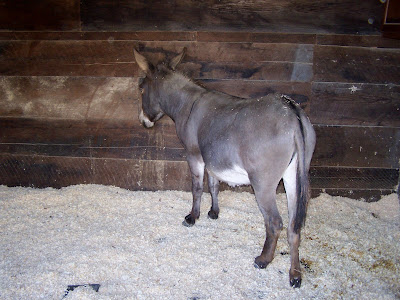 This is donkey body language for being a bit miffed. I think Paco was mad because I woke him up early from his napping time to take photos! I thought he'd like to play with the big blue bucket I got but this is where he headed instead- to the barn, where he put his back to me. 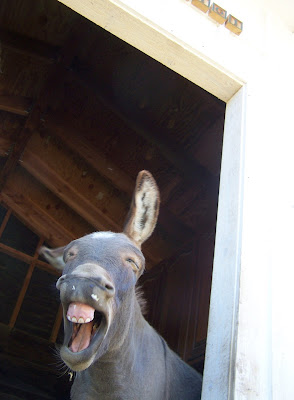 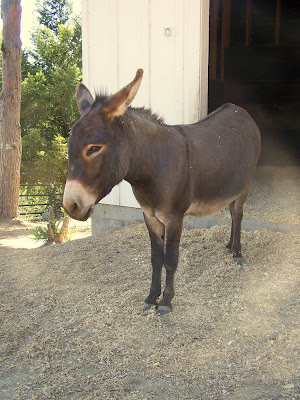 Paco eventually came out of the barn but avoided looking at me! 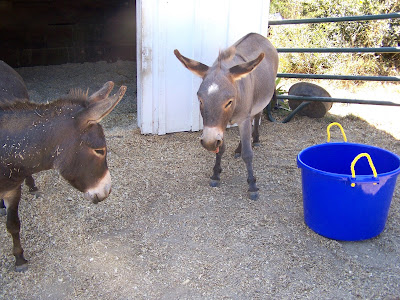 I used to have a red bucket like this but it broke. I use it for hauling- what else- manure! Much easier than carting in the wheelbarrow every time I have to clean up. 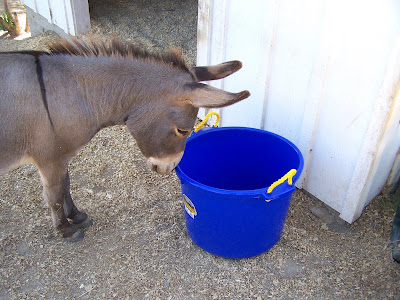 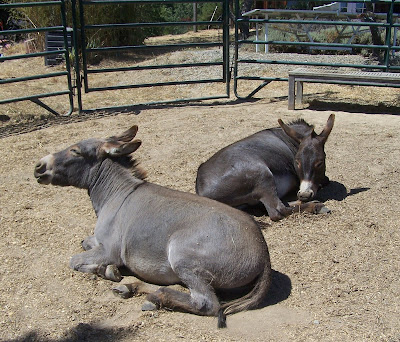 A lot of lounging going on. 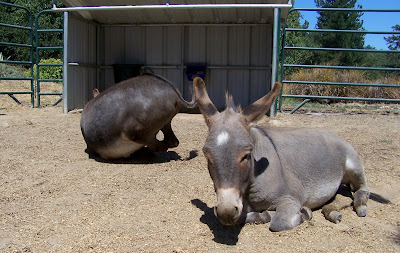 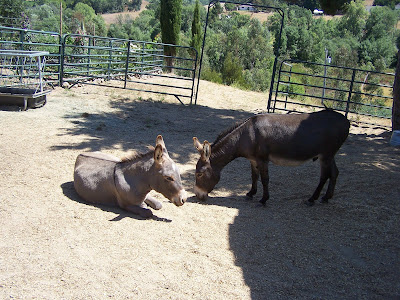 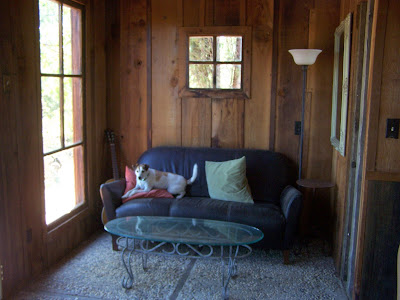 Inside the renovated cabin! 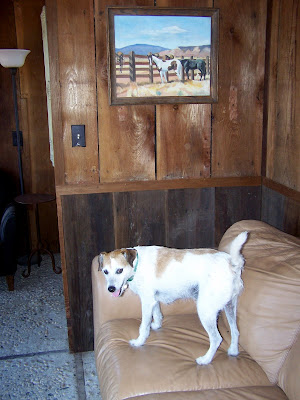 Toby on the couch. 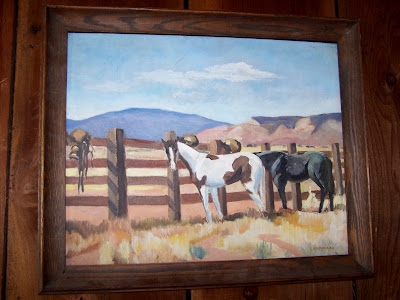 The foreman's grandfather painted this painting- it is perfect for the cabin! 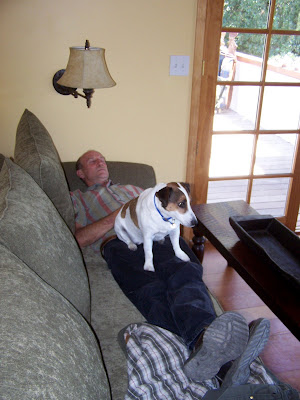 A quick after lunch nap! 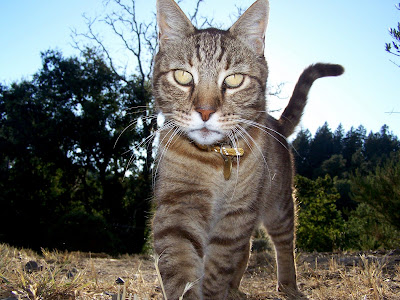 Boulder heads in for dinner.
The Renovated Cabin Video- Complete with Music!
Posted by Diana at 6:21 PM