Ready for the Holiday at The Lazy Vegan 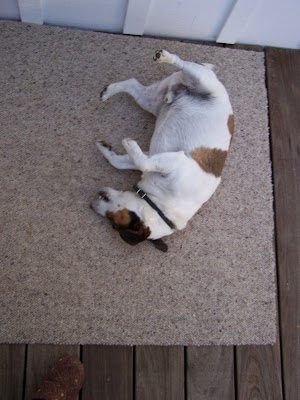 Just a short posting today to say we're all set for the 4th of July here at The Lazy Vegan...the flag is out, ready to go and the roof is almost done (that doesn't have anything to do with the 4th of July, but it does happen to be red!). The donkeys are hopeful that a holiday means extra treats (and so are the dogs and Boulder). We're off to see some fireworks tonight and the animal crew will be safe in the house and in the corral- I don't want anybody getting spooked if they happen to hear fireworks- this is the worst holiday time for pets running away! Check out the tug-o-war video at the bottom. Happy THIRD of July! 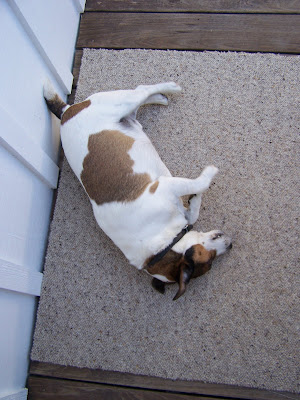 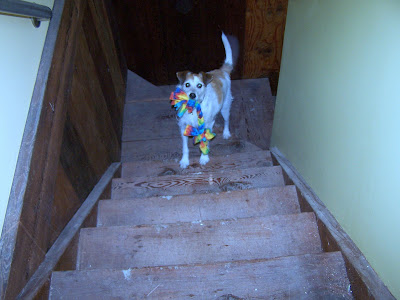 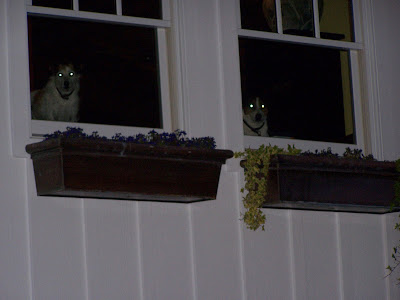 This is from the other night...I forgot to post them. My "ghostly" pups stare out the window. This means that they were BOTH on the kitchen table...which is not exactly unheard of at The Lazy Vegan! 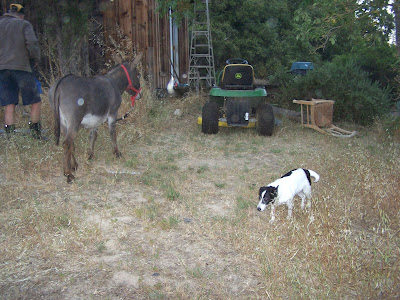 The foreman took the whole crew out for an evening walk. 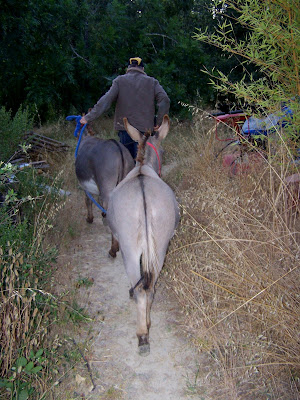 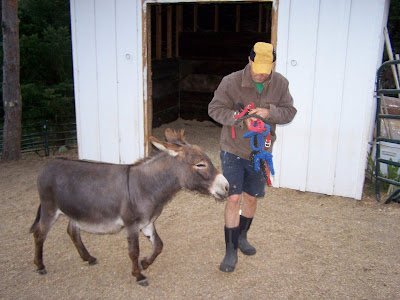 Paco was so excited that he actually did a little leap of sorts...and ran after the foreman! 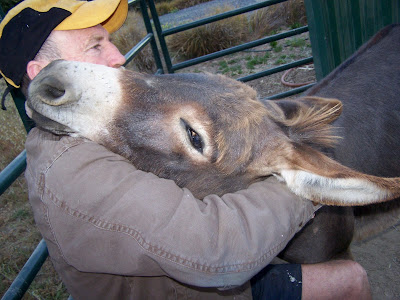 Never a lack of affection around here. 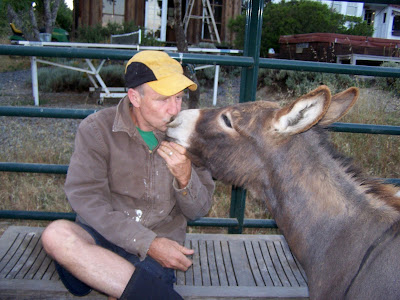 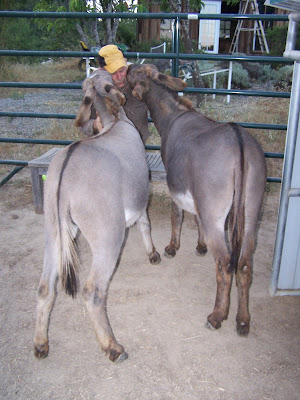 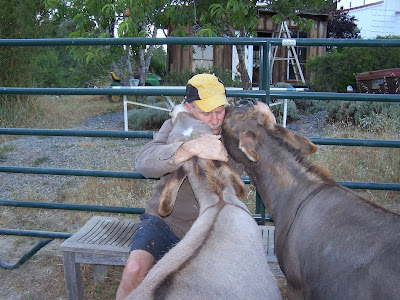 The Great Tug-o-War Video, Starring Toby and Bravo!
Posted by Diana at 5:10 PM