Warming Up Again at The Lazy Vegan 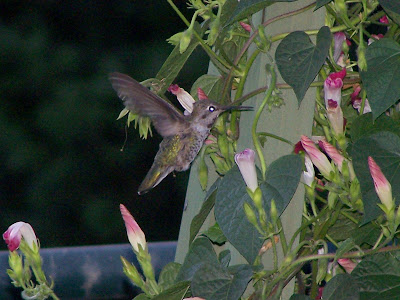 Hummingbird gets a snack at dusk!
It is warming up again at The Lazy Vegan...by the afternoon it was HOT. The donkeys were in playful moods despite the heat and were thrilled when I joined them in the pasture for another round of manure management (in other words, picking up donkey poop!). They love to charge the shovel when I'm holding it. A lot of times I'll see them in the corner of my eye racing toward me and I'll just drop the shovel and dash out of the way. Ever since Paco swung his head into my face, I am much more cautious around them- they may be cute but they are super strong, too! 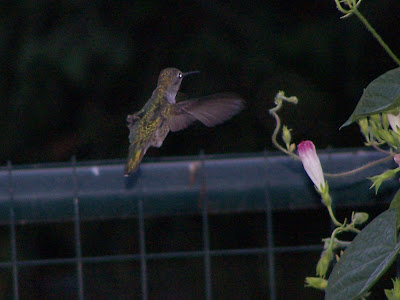 It is unusual to see a hummer out this late. 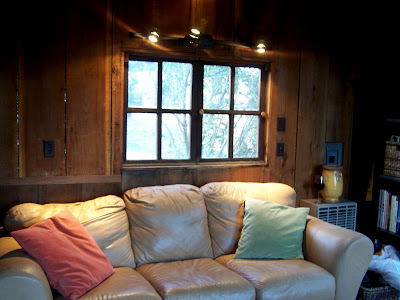 The foreman put up great new lighting in the cabin! The couch is a great reading or napping spot now. 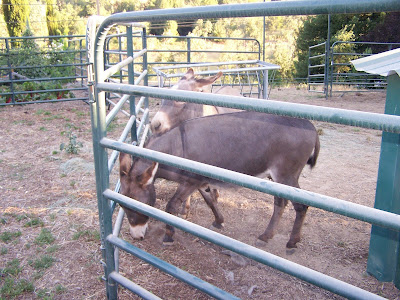 This gives you an idea of how strong the boys are- they move a row of fencing just by their necks! They put their head through the fencing and merely pick up and push (so they can nibble on grass on the other side). 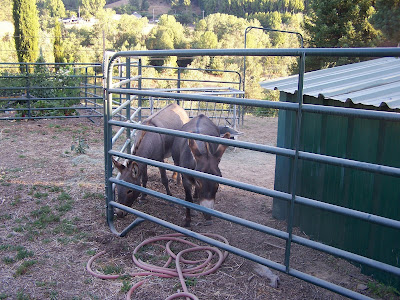 They moved the fencing about four feet. They're moving it in other places, too. We are discussing moving all the fencing to the other side of the property (a huge job) so the grass can grow back. 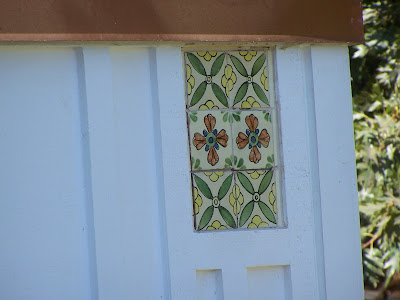 The foreman's latest artistic touch on the exterior of the house- these tiles came from the cabin, where there are still many more. 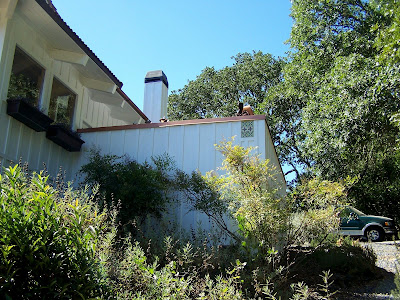 The tile motif is on the outside of the deck. 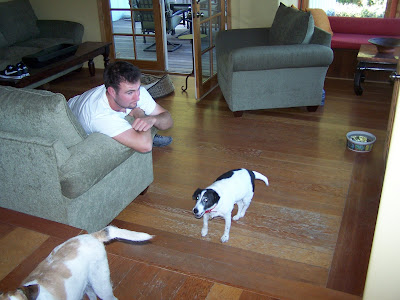 Paul came to help the foreman put up sheetrock in the upstairs bathroom. 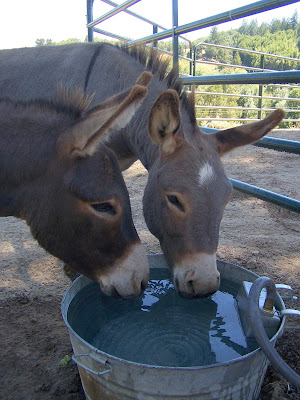 Every few days I empty and clean out the automatic waterers (one in the pasture and one in the "dining shelter" in the corral)...the boys LOVE watching me do this and then race up to get a nice clean drink! 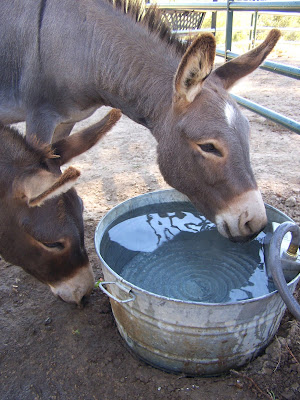 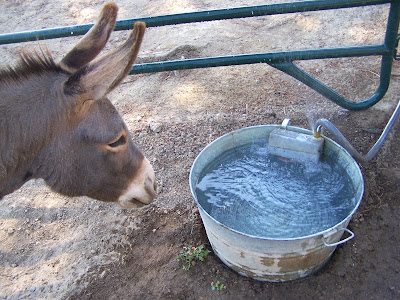 Weegie likes to watch it fill. It sprays water on his nose! 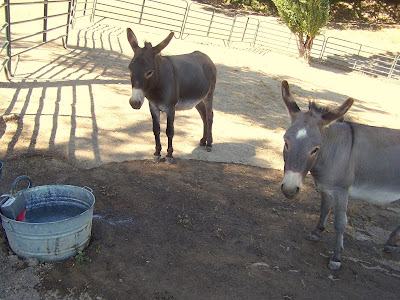