How I Wish Boulder Didn't Hunt Mice at The Lazy Vegan 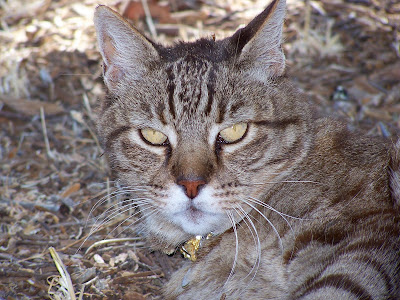 UGH- it is one of the worst things I have to deal with here at The Lazy Vegan- and that's cleaning up what's left of Boulder's hunt. Thankfully, he doesn't catch much any more now that he's older...but lately he's been scoring one mouse or bird too many!! Whenever I see him in his hunting position, I hurry over to distract the concentration (much to his annoyance). I've successfully foiled many a hunting attempt...and I always give the poor mouse or bird that does get caught a proper burial. But afterwards it always takes a while before I can look Boulder in the eye! 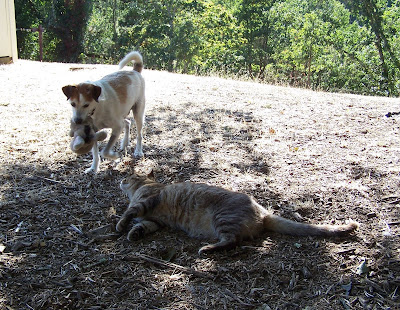 Boulder kept swatting at Toby when he would walk by with his donkey toy.

You can tell he's quite pleased with himself today. 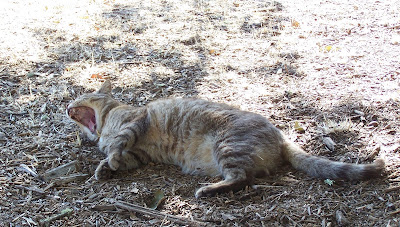 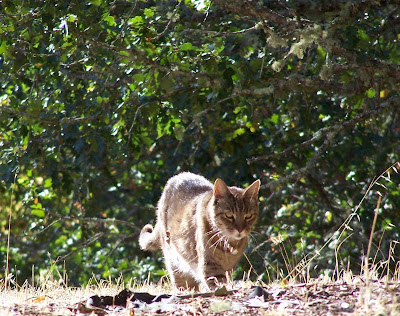 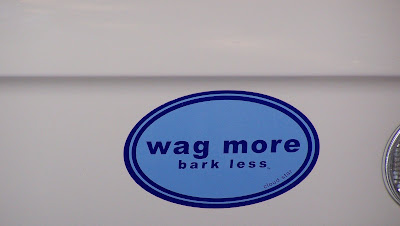 I found a small bumper sticker that I love at the feed store. I love the message! So I put it on Beetler. It may not be a permanent thing, but for now I like it. 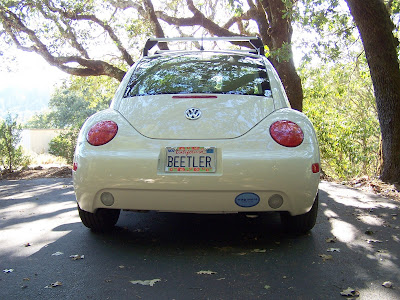 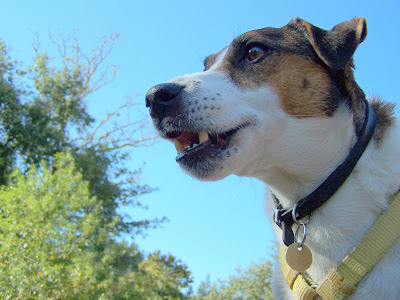 Bravo has really been running off exploring lately. We love to give him his freedom, but we've told him it does have some limits! 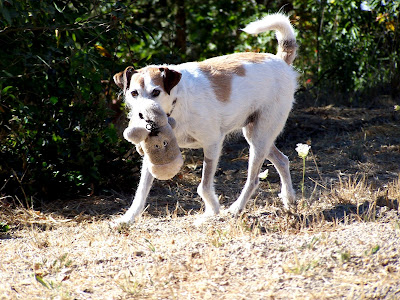 The fact that Toby was in the hospital is just a dim memory now...until the VISA bill comes in! 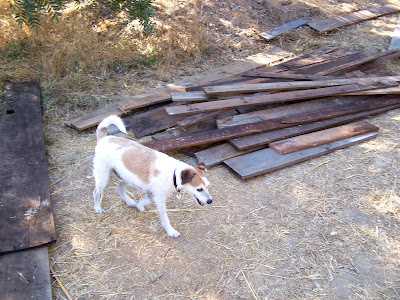 This is the nice old redwood that we've been taking nails out of to use in the barn. Some of it actually came from our old house in Camp Meeker- we've been storing it for years. 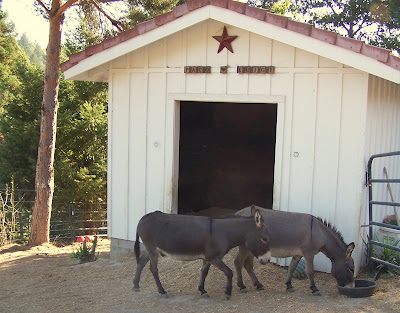 Heading over to the sweet grain- Paco was lagging this evening. 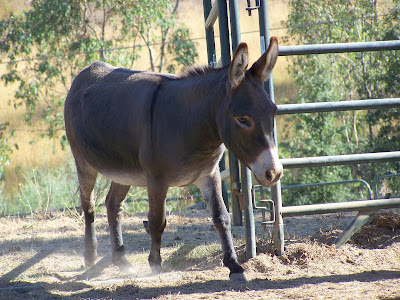 Weegie was way ahead of him. It may not look like it in the photos, but Paco was being pretty speedy here. 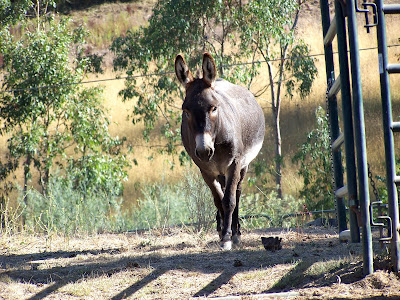 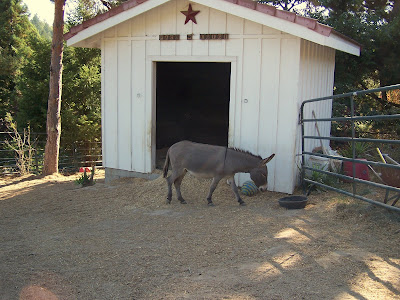 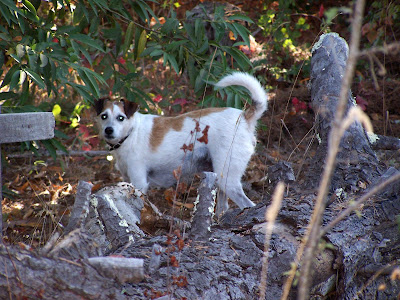 Toby investigates what remains of the old wood pile. 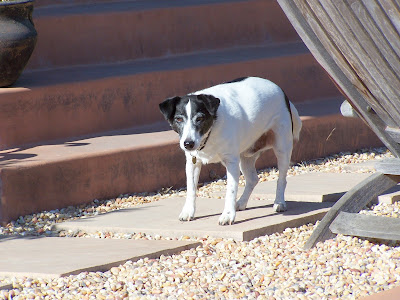 Solo hangs out on the front terrace. We unloaded another truck full of landscape bark today at the bottom of the driveway- things are shaping up!
Posted by Diana at 7:15 PM