Poor Toby is in the Hospital! 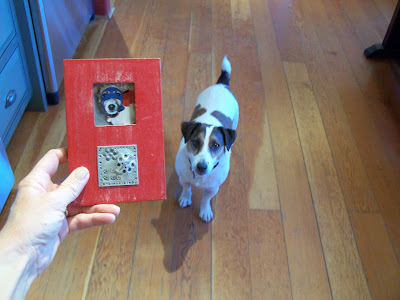 Bravo misses his pal Toby!
It has been a long past 24 hours at The Lazy Vegan...it all started when I returned from Oakland yesterday to find that Toby wasn't himself at all. I had noticed it yesterday morning when he refused to eat breakfast and was straining to "do his biz". I kept an eye on him and saw that he rapidly started to go downhill- by the time I called the emergency vet, he suddenly couldn't even walk! It was very scary and I raced him to the animal hospital, where I was met by a nurse in the waiting room who checked his vitals and then ushered him into a room. By that time he couldn't even stand, and had a very high fever. The vet thought he might have a blocked bladder and she admitted him right away so she could relieve his bladder and do a bunch of tests. Poor Toby!! He barely looked at me when I had to leave him last night. He spent the night there with an I.V. and painkillers and antibiotics flowing through him. I got several reports today and was told I could visit him this evening. Grandma Snap met me there, which was really great! It is nice to have a second person there to listen to everything the vet says- and Toby loved seeing his grandma! The first vet we saw, who was not the one who admitted him yesterday, thought that he could go home this evening as long as I watched him carefully. At that point we were visiting with Toby and while he seemed much better he still wasn't completely himself- he even peed on the floor, which ordinarily he would have been too ashamed to do. Still, we thought we were going to be able to leave with him- until the original vet appeared and gave her strong opinion that he should stay at the hospital another night- and I think she was right. It was hard to leave Toby but I know he's in good hands. They still don't really know what the problem is- all the blood work came back normal and his vital signs and organs are all fine- so if he doesn't improve he'll have to have some other tests done, including an ultrasound. For now the plan is to call them in the morning and hopefully hear that he's continuing to improve - I want him to come home tomorrow! Everyone at The Lazy Vegan misses him- it just isn't the same without our Toby! 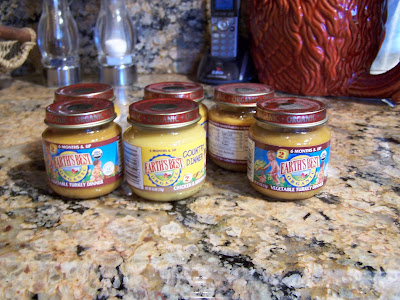 Toby's been eating baby food at the hospital, and the vet suggested I buy some for when he returns home. 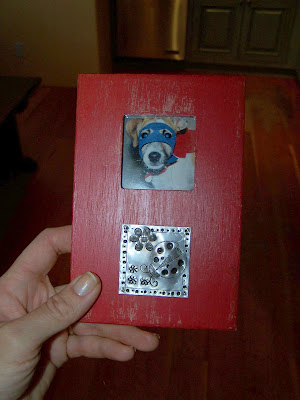 I love this photo of Toby- when the girls were young they made him a Zorro costume! 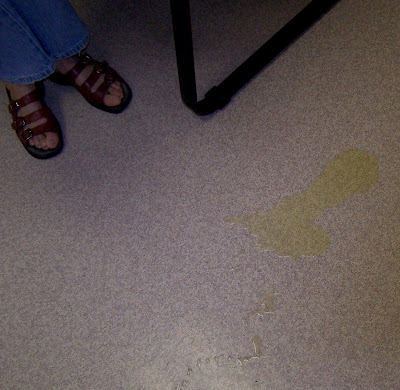 Toby's mishap in the vet examination room- right next to Grandma Snap's shoes! 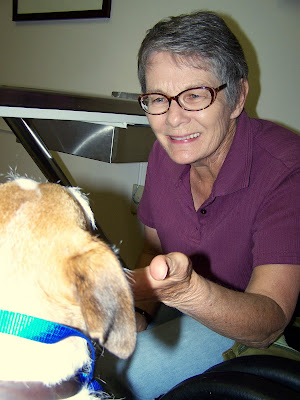 Getting special attention from Grandma Snap! 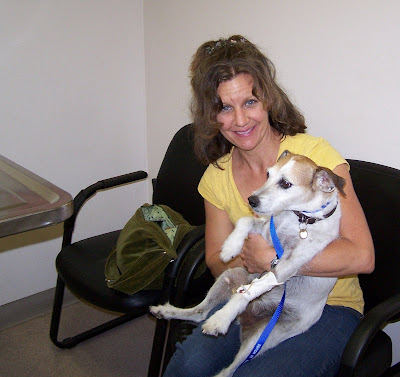 And from me! You can see his I.V. still attached. 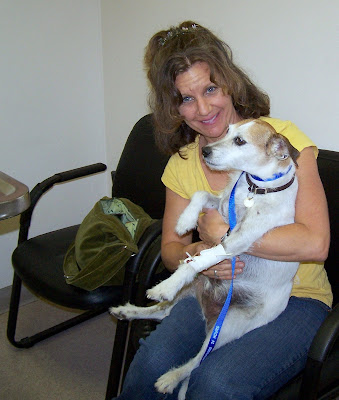 It was really great to see him. I was worried all night and hardly slept. I hope to sleep tonight, since I REALLY hope to bring him home tomorrow and will probably be up a lot checking up on him then. 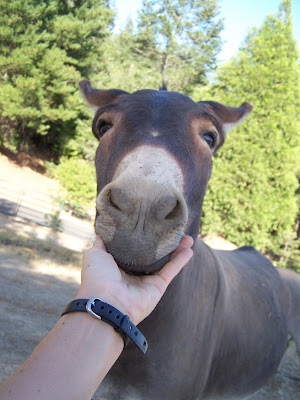 I told Paco all about Toby, and he was concerned. 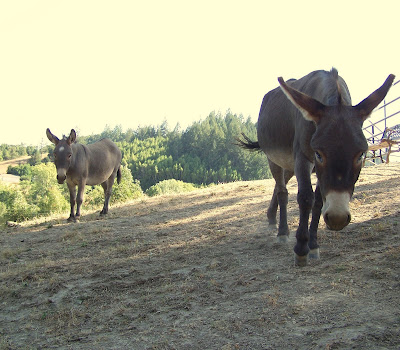 He kept "charging" me. Then I realized he probably is noticing that I have a camera back again! 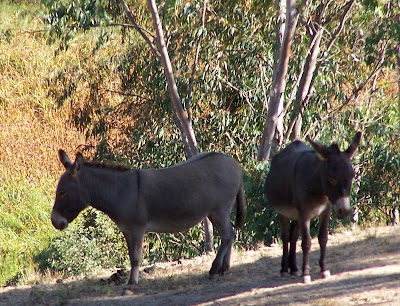 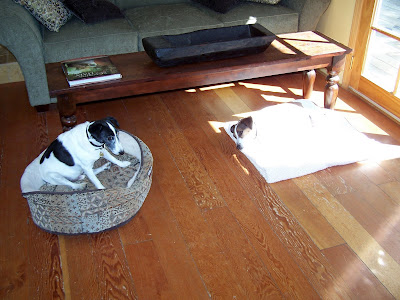 Solo and Bravo hung out together and worried about Toby. Actually, Bravo seemed quite down today. 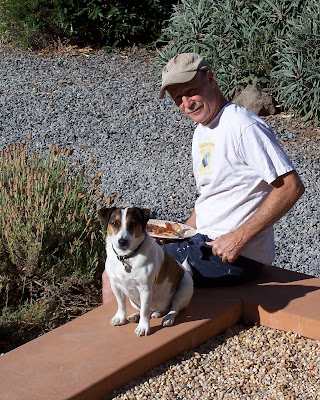 Everyone was concerned- and we still are! 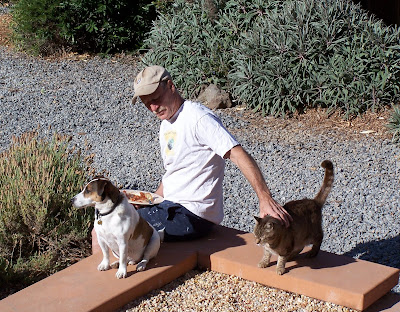