Test Drive Number Two with the Terriers at The Lazy Vegan

This morning I took all three terriers for their second "test drive" in Beetler! It went a tad better than yesterday, but Toby still barked at everything that moved. I realized it is probably because he's taller than the other pups and can see out the window better. In fact, he really refuses to actually sit in his little doggie car seat- he half-stands to get a better view. But all in all, I think they're all getting used to the idea of riding together in the car- so I think we'll be fine for wedding-day transportation to the vet to be boarded! Today the foreman started a new project- building a pergola to go on top of the propane tank/garbage can enclosure. Since we'll be pretty busy fine-tuning the property from now until the day of the big event, I wanted to warn the faithful blog readers that my blog postings from now on will be short if they happen at all- but will resume on a regular basis after Sept. 26th! 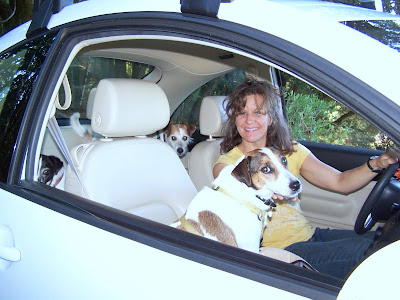 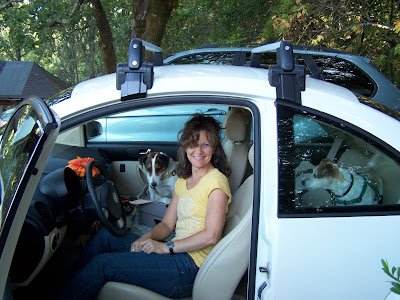 I don't know what is cuter- the three terriers or Beetler! 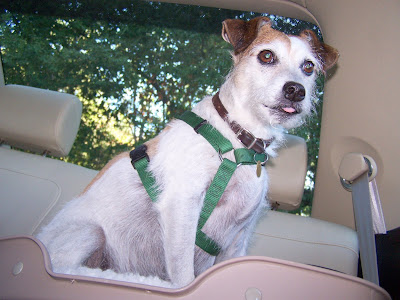 I have to say that Toby gets the worst riding report card. Bravo is the second worst and Solo is the best little terrier passenger. 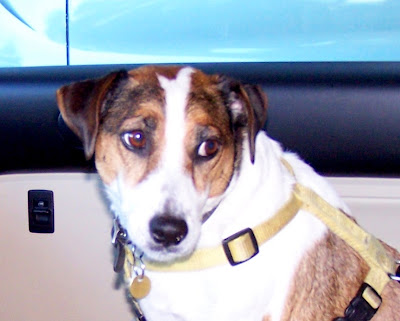 Bravo gets very anxious- maybe that will change if we keep doing this every morning! 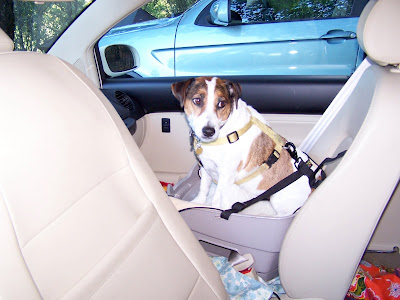 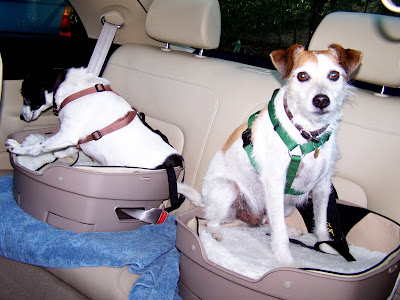 In the beginning I didn't want one shred of terrier fur to get anywhere near Beetler...boy, has that changed!