Things are Really Swingin' at The Lazy Vegan! 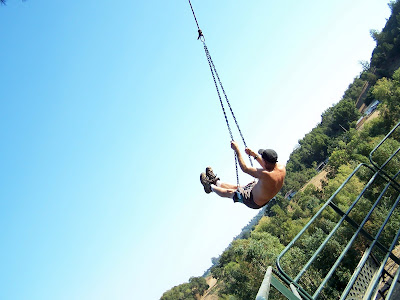 What a swingin' day at The Lazy Vegan! The swing seat that we had ordered online arrived today and the foreman wasted no time setting it up. We used to have a small wooden swing in the same spot- but this was a few years ago, right after Paco and Luigi came to live with us- we had to move it because it was in the way of the donkey fencing. But since we plan on moving around the donkey fencing soon, it seemed like the perfect time to bring back the swing! This one has a great rubber seat that is very comfy! The donkeys watched as we tried it out- but then went on to other things (they probably think we're nuts). We're looking forward to many swingin' afternoons! 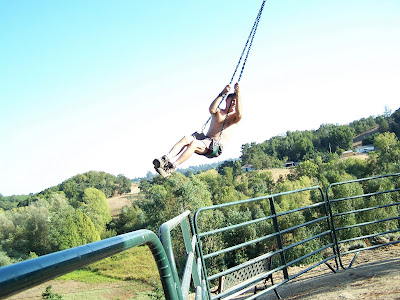 The fencing is still in the way, but it will be moved. 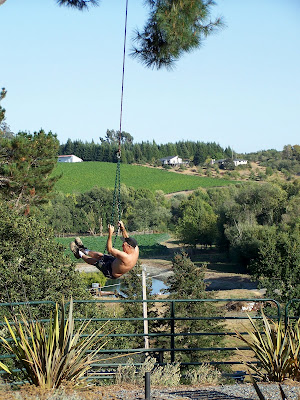 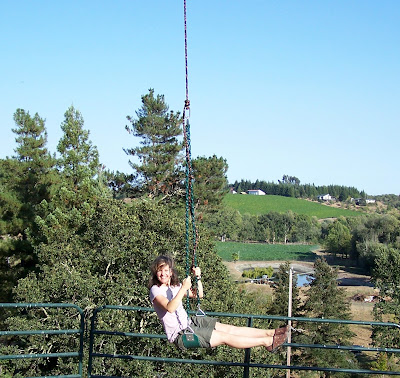 I don't go quite as high as the foreman does- although with this swing I probably will. 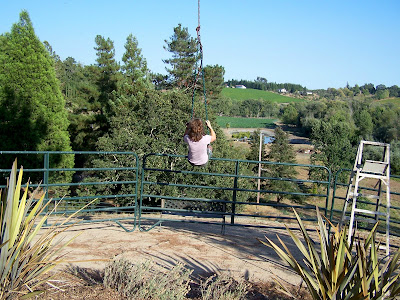 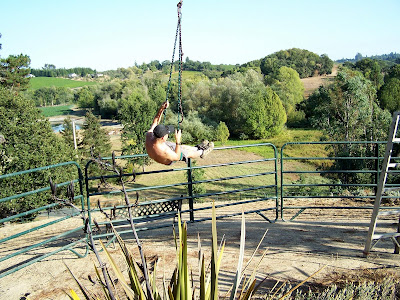 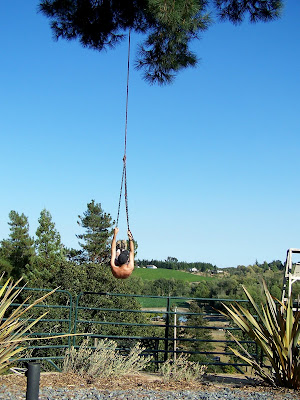 The foreman really tested it out- and it is very strong and safe. 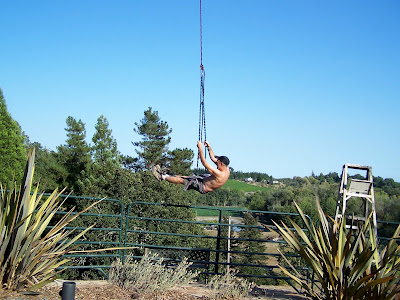 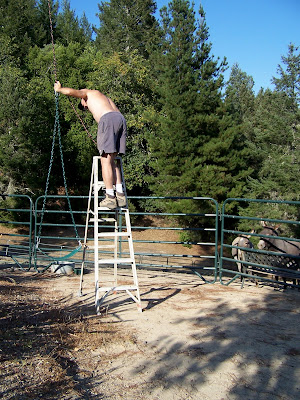 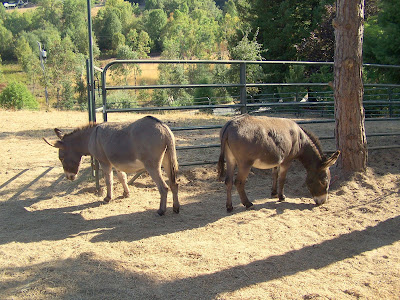 Until they were bored! 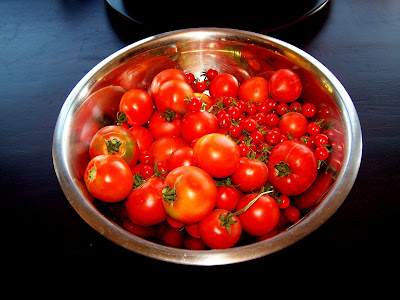 Probably the last big bowl of tomatoes we'll get from the garden- they're starting to die down. 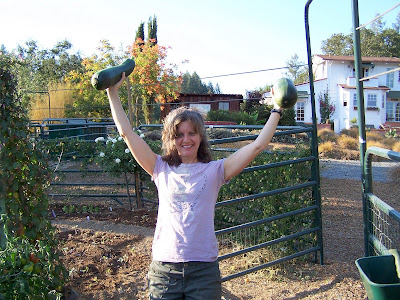 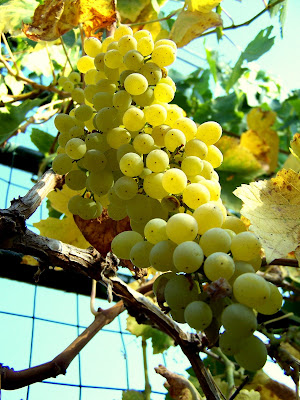 And here come the grapes! 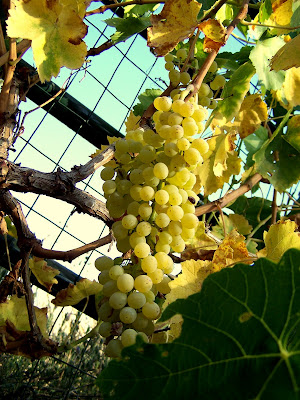 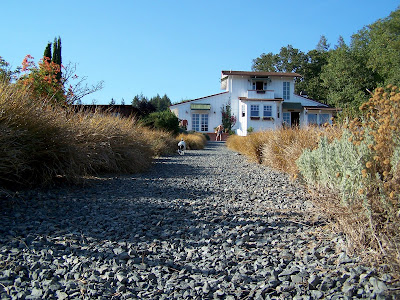 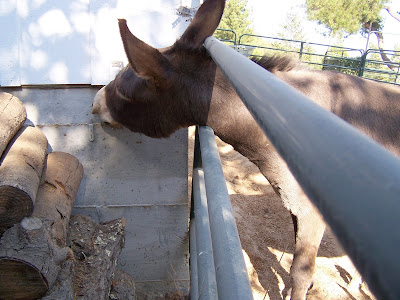 Paco loves to try to get to the firewood on the other side of his corral fencing. 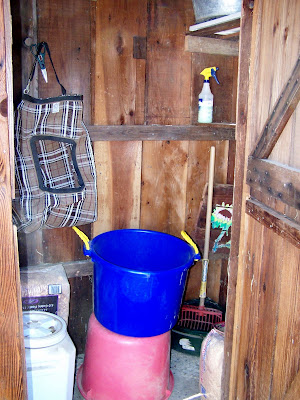 The former chicken coop (I still miss our girls!!) is now the perfect spot for donkey supplies! 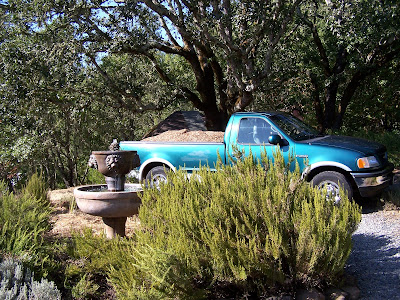 The foreman got a load of bark in the truck today- and then backed the truck right up to the spot where we need it. 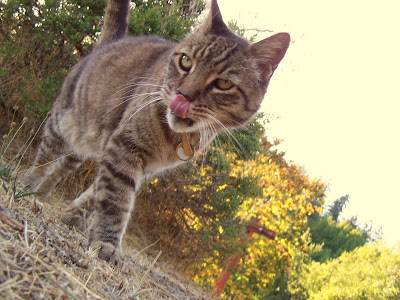