First Storm of the Season at The Lazy Vegan 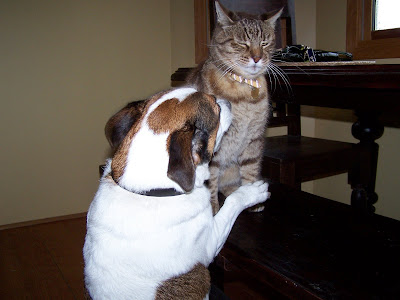 What a wild & blustery day at The Lazy Vegan! The poor donkeys spent most of it hanging out in the barn. I took them extra carrots and sang some songs to them. I'm not sure if they like it when I do that or not- but they do twitch their ears and they didn't bolt from the barn! We're still bonding with Wasabi and still aren't ready to do the canine & feline introduction. One funny thing she's been doing is she'll hop up to one of her toys (now she has many), will pick it up with her teeth and dramatically fling it to the side- she actually tosses it! The foreman has seen this happen more than I have...when I excitedly mentioned it to him, he replied: "she's been doing that since the first day she moved in!" I love the "moved in" part- like she showed up on our terrace steps with a suitcase! 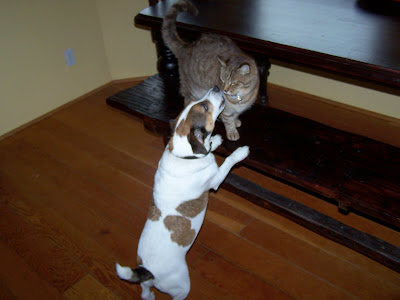 Boulder tolerates this behavior from Bravo, but I'm not sure how Wasabi would deal with it! 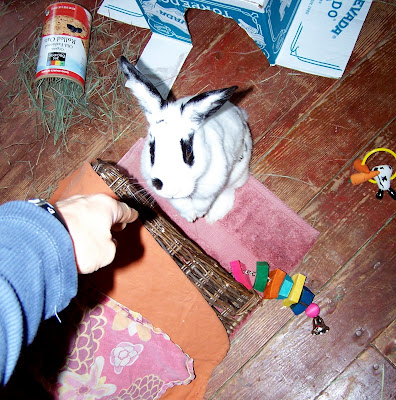 If you look closely, you can see that Wasabi is standing up on her back paws...she does this as a greeting when we first enter the room. 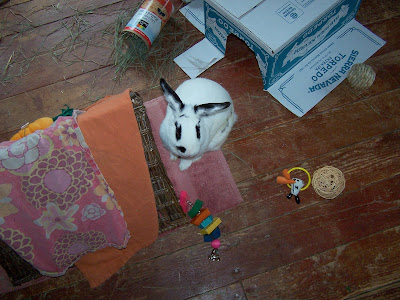 Just hanging out with a few of her toys! 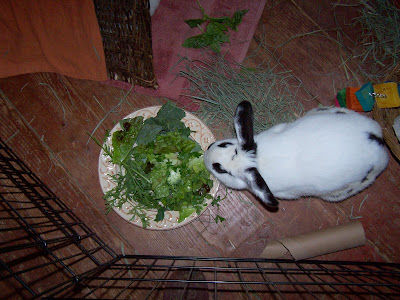 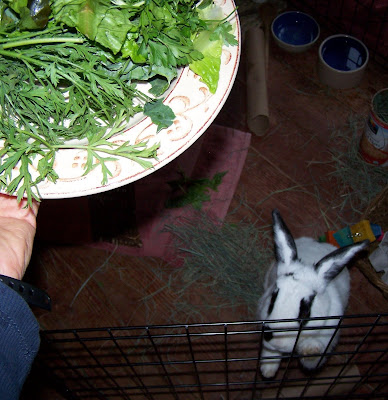 Note one of her bunny paws on the gate. 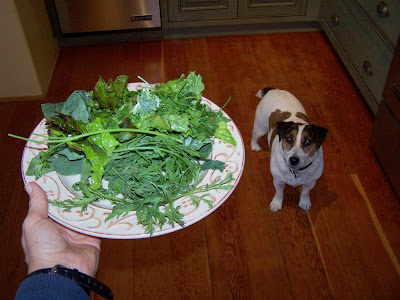 Bravo wouldn't be interested in this if I put the plate down for him. Although he seems to eat anything, he's not into greens. 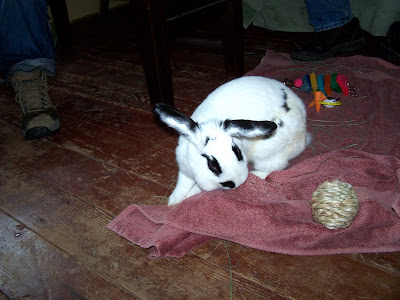 Wasabi likes to take a towel and bunch it up with her teeth. 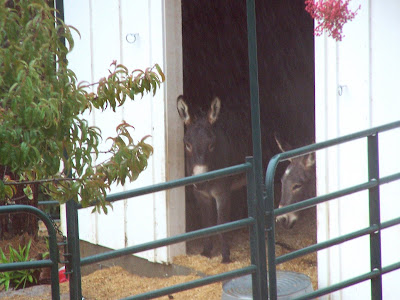 I took this from the upstairs window- the donkeys endure the weather while in their nice and dry little barn. 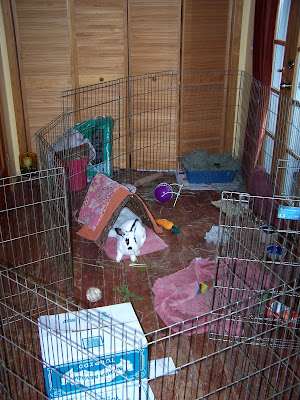 I expanded Wasabi's area today...but we plan on rabbit-proofing the entire room so she doesn't have to stay in her little pen. 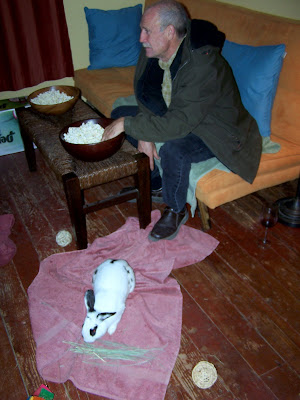 From last night: Wasabi enjoys some hay while we have our popcorn! 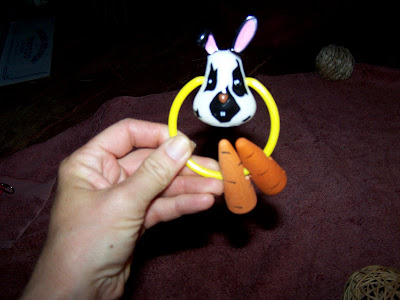 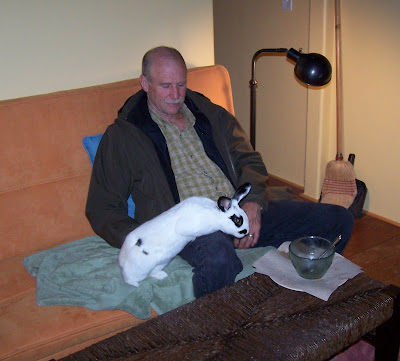 She's very comfortable hopping up on the futon and checking things out now. 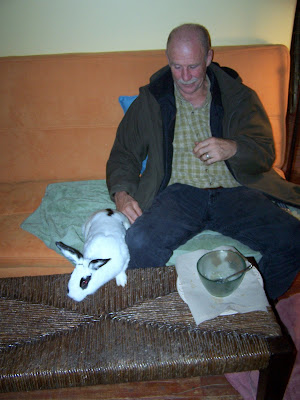 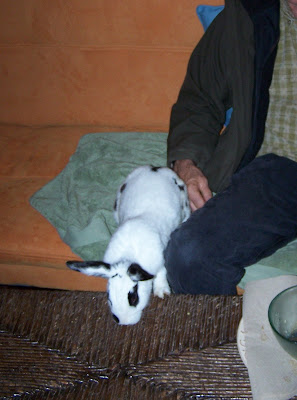 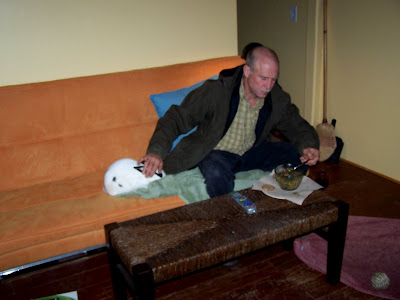 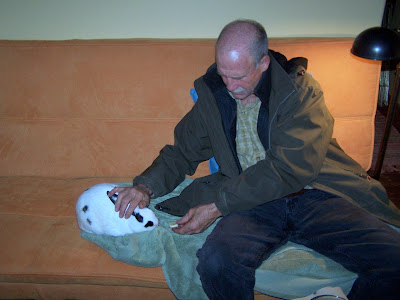 Getting a little banana slice from the foreman...she can have a tiny bit of fruit a couple of times a week, according to the bunny handbook!
Posted by Diana at 6:35 PM