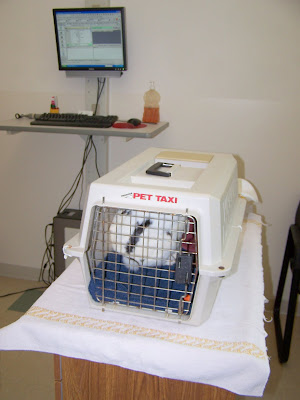 Today was the big day when I took the rescued bunny to the vet- and we found out we have a girl! The vet said "Congratulations, you have a little girl!" which was pretty funny. So now the name "Wasabi" seems, well, a bit too masculine for a little bunny girl. We'll have to come up with something new. We really got in the habit of calling her Wasabi all week, so I'll just continue on here with the same name until we change it. Wasabi was a great passenger in the Beetle- FAR, far better than the terriers are- not a peep out of her! And she was surprisingly good while being examined. When I arrived, the waiting room was filled with two dogs and three cats, and the nurse whisked me back into a private room so we didn't "disturb the bunny". This was at the Humane Society vet- I've never used their services before, but decided to take Wasabi there since she's officially on the wait list to get onto their adoption list. The vet said she's a healthy young adult, probably a Lop mix, (said her ears were "comical") and scanned her for a microchip I.D. just to make sure she wasn't somebody's lost pet. The vet thinks it is likely that she was once well-cared for before she landed in the awful situation I found her in. We're really enjoying her company for as long as we have it- she's a good little girl! 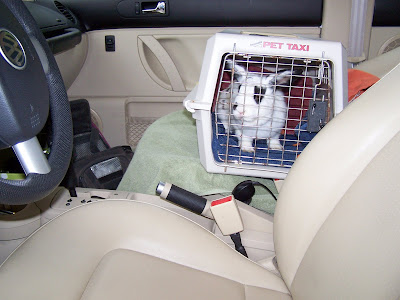 Wasabi was a great passenger and I talked to her the whole time. It was a long drive for a little bunny! 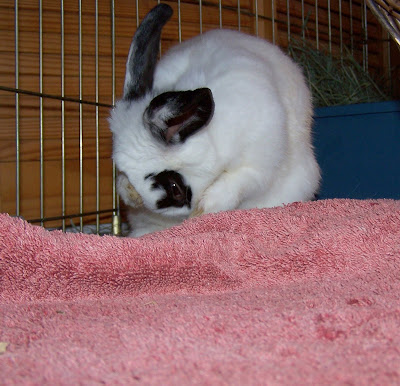 Back home, she did an extensive self-grooming after eating. 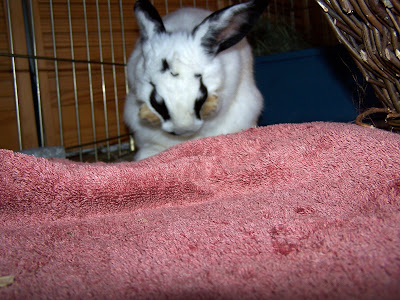 Those are her front paws at her face- she washes herself a lot like Boulder does. 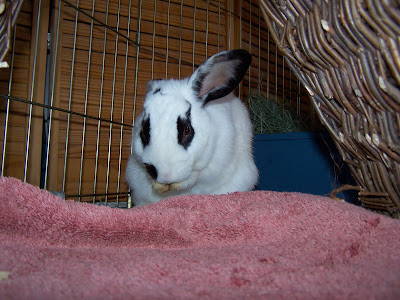 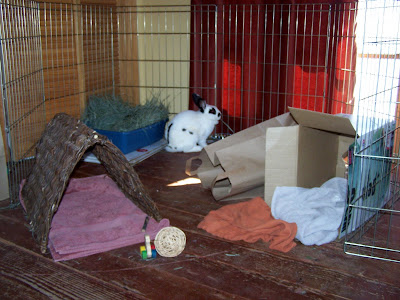 When we're upstairs with her, we open up the pen so she can wander out. So far she hasn't gone far...mostly to the edge. 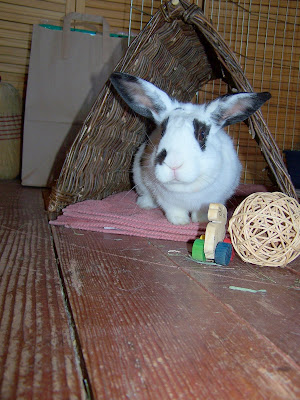 She really loves her little house! I couldn't resist taking this photo of some of the cats up for adoption. 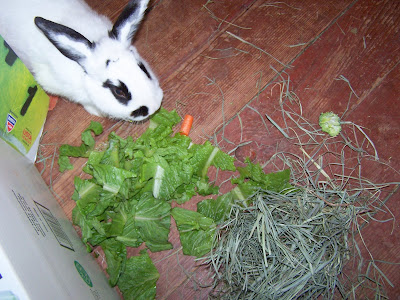 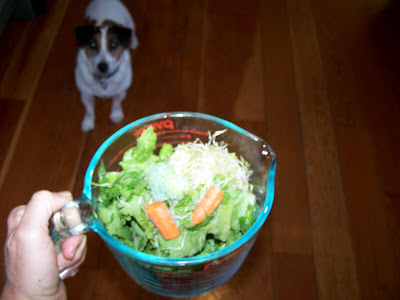 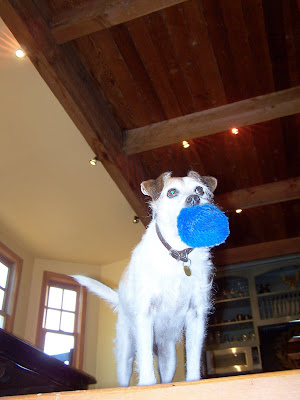 Toby seemed sick this morning, which was ALL I needed. Then by the afternoon he bounced back. 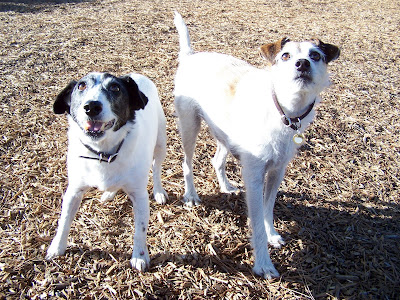 The boys still have no clue there's a bunny in the house. They know SOMETHING is there, though! 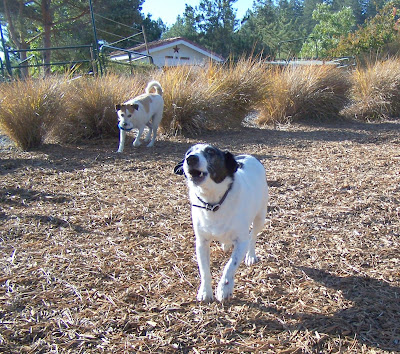 We'll probably continue to wait till Wasabi settles in more before introducing the whole crew. 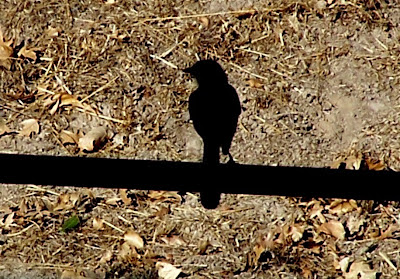 Blue jay on the donkey fence. 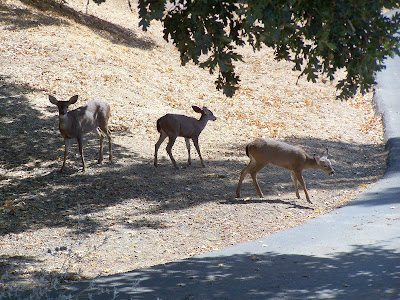 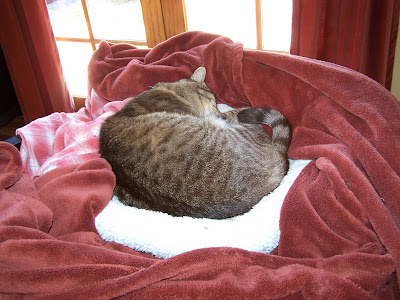 Boulder's reaction to the fact he has a bunny sister. 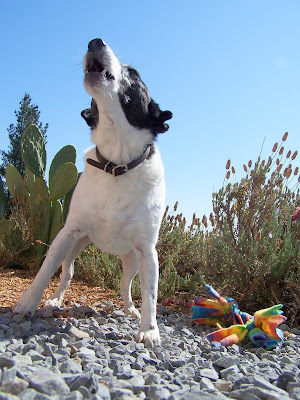 Solo was more enthused!
Posted by Diana at 6:43 PM