Rescuing a Rabbit at The Lazy Vegan 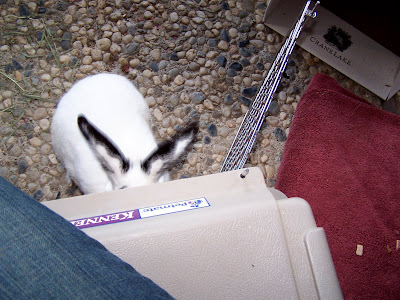 It was a big day at The Lazy Vegan today with the dramatic rescue of a rabbit!! I'm not going to go into details for privacy purposes...but this poor bunny was in a small cage outdoors with no bedding and a metal floor only (with his feces all around) and, hard to believe but true- no water...I've been observing this situation for the past three days but didn't realize there was no water (at least today) until I went up the cage this morning. To make a long story short- and again without the details- I was very persistent and despite dealing with a language barrier, I succeeded in claiming the bunny by the end of the day. He (or she- we haven't figured out the gender yet) was skittish at first and had dried feces on him and was very hungry. I did enough internet research to know what to feed and had bought him some Timothy Hay pellets earlier in the day- I wasn't sure if I was going to be able to rescue him then, but I thought I would at least offer it to his former owners. Anyway, he is VERY charming and sweet and even though he's only been at The Lazy Vegan for five or so hours, we are smitten! I had already made an appointment with the Humane Society for a "surrender"...but I have a strong feeling that he'll be staying with us permanently. More to follow tomorrow...right now I'm heading out the cabin to bond with him some more! 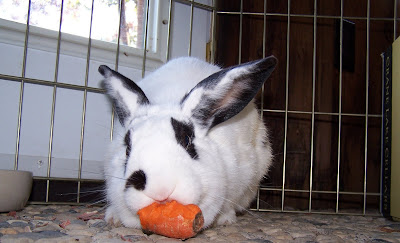 No name yet- although we've been calling him "Wabbi". He loves carrots! 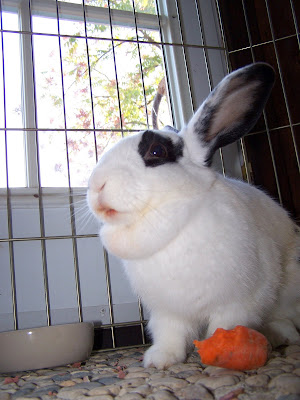 Although he looks kind of plump, it is all fur. He was very hungry. 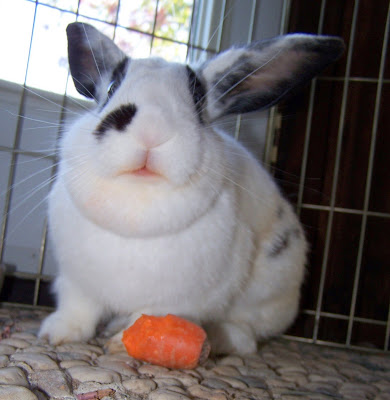 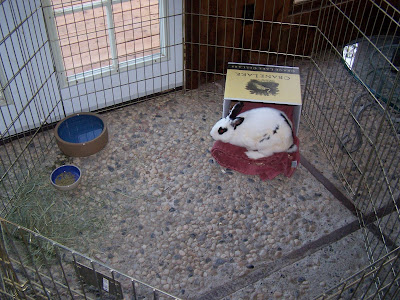 I used one of the dog pens and for now it will work perfectly, especially since he is completely safe in the closed up cabin. I certainly didn't want to expose him to the stress of being in our house with the dogs and Boulder! 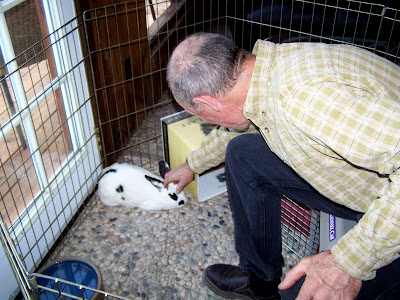 The foreman is a complete softie when it comes to animals! 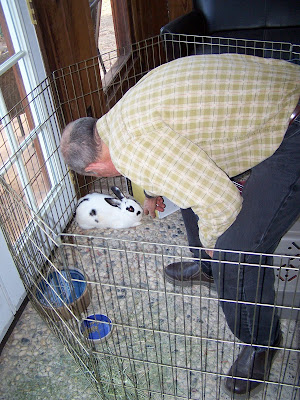 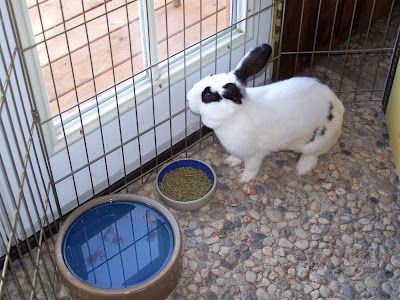 I put him near the French doors so he has a view. I'm so glad I was able to rescue him before the rainy season. 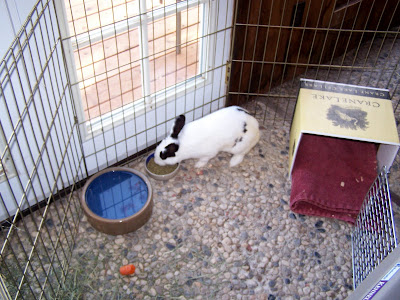 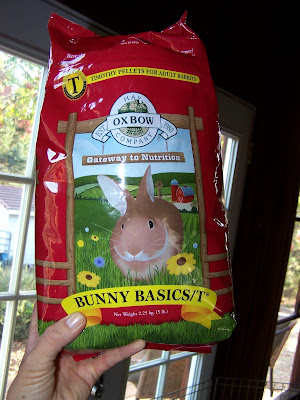 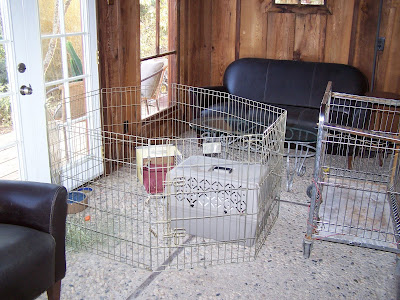 I had brought our big cat crate to rescue him in...didn't want to leave it in the pen because it turns out he can climb! 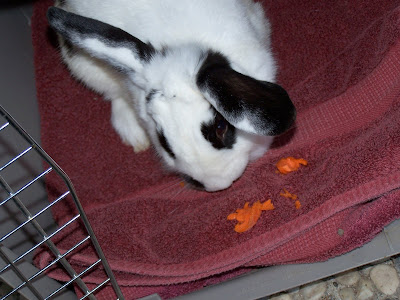 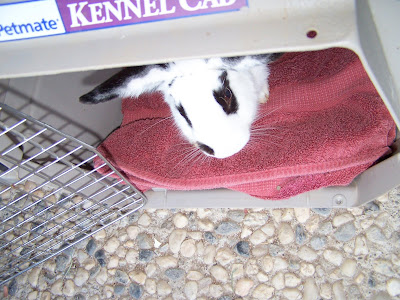 I stayed out with him for over an hour at first. He eventually came out of the crate and had a look around. 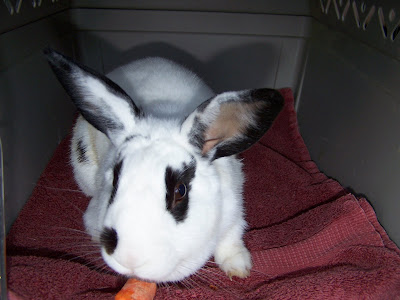 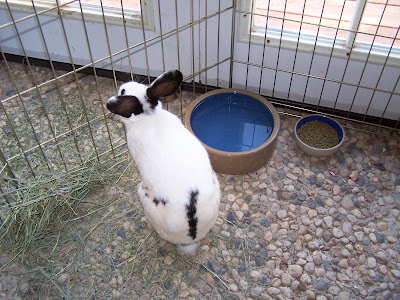 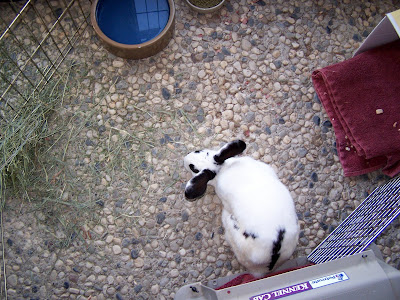 We'll take it one day at a time...whatever ends up happening, I will promise he'll end up in a good situation! 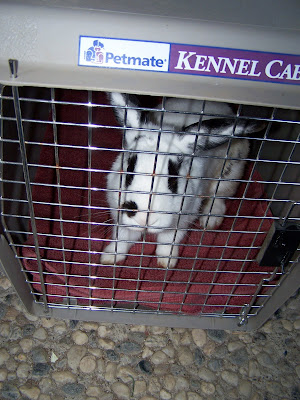