Waiting it Out with the Bunny at The Lazy Vegan 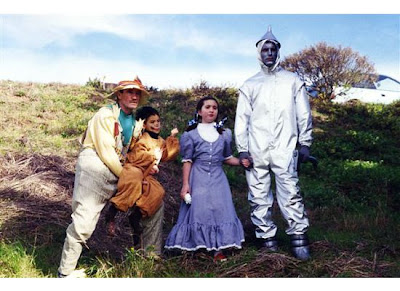 HAPPY 46th BIRTHDAY TO MY BROTHER-IN-LAW, SCOTT!!! That's Scott, above- in his famous role as the Tin Man in The Wizard of Oz!!! Happy Birthday, "Sco"! 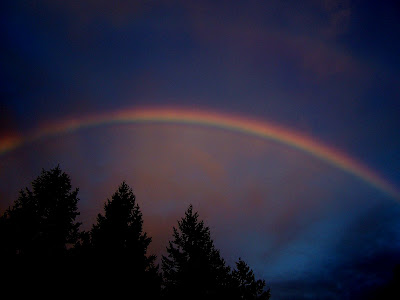 Beautiful rainbow from yesterday!
It isn't easy falling in love with a rabbit while at the same time trying to be realistic about whether or not we can provide a safe environment for her with three terriers! Wasabi is one spunky, cute & demanding little rabbit. She's a FORCE! It is amazing what a force she is, considering she probably doesn't even weigh three pounds. We can tell she's really settling in to her "home" upstairs. She hops around and "thumps" to get attention. She thumps A LOT. She also has started nipping- perhaps to get attention, or perhaps because she thinks she's being nice- but it hurts! Today I introduced her to Solo. I took him upstairs while Wasabi was safe in her pen. Unfortuately, it did not go as well as it did when we introduced the cat. There was no curious sniffing from either animal. Eventually Wasabi freaked out a bit and ran into her little straw tent for cover. And Solo was really doing nothing- not a peep out of him. This interaction was helpful to me, because it helped me to "steel my heart" for the reality that Wasabi will probably be better off in a dog-free home. So, we continue to wait it out while she continues to be on the wait-list for adoption at The Humane Society. I don't regret any of it- certainly I don't regret rescuing her from that terrible dirty outdoor cage- but it has so far been a big lesson in animal "fostering" and a real eye-opener to how many rabbits (and other animals) are sitting around in shelters waiting to be adopted. When I first got her, I had thought I would just be able to show up at the Humane Society with her- had no idea there was a wait list! Anyway, we'll see what tomorrow brings. She continues to amaze us with her rabbit ways. They are really special little creatures! 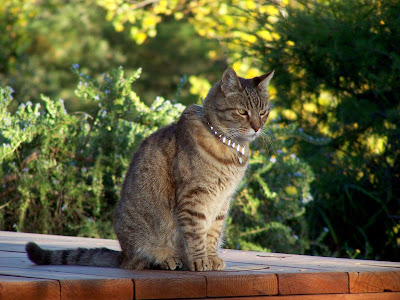 Boulder is definitely a day-to-day kind of cat. I don't think he worries too much about the fate of Wasabi! 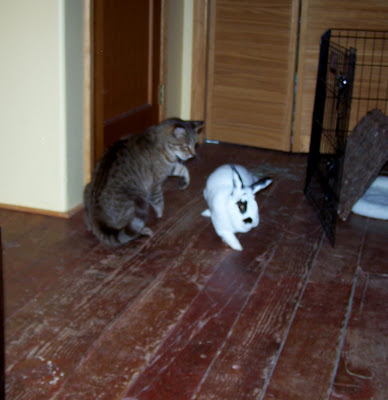 Last night Boulder decided he'd had enough of Wasabi hopping right up to him- so he gave her a little swat! 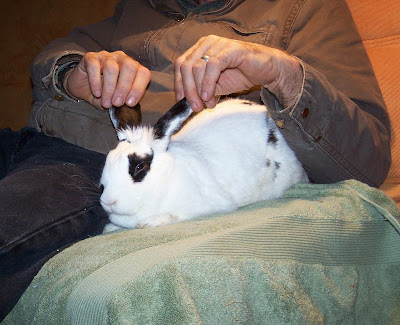 Wasabi loves having her ears rubbed. 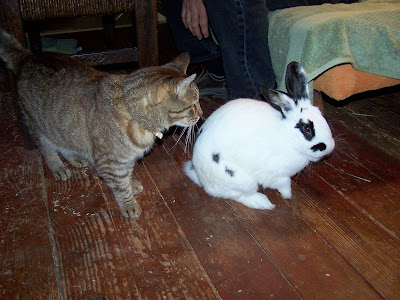 Hanging out with Boulder. 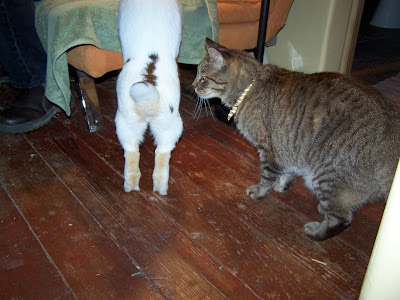 Hopping up to the futon- check out those huge back "thumping" feet! 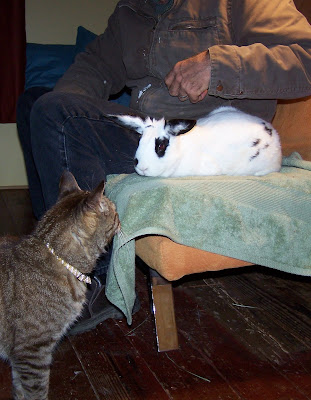 Boulder must be wondering how long he has to share the futon! 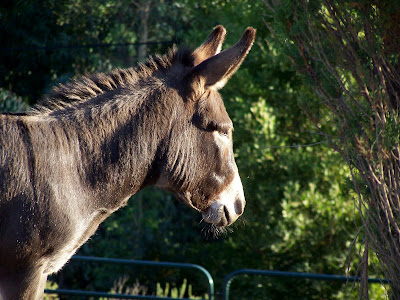 Paco checks out something on the road below. 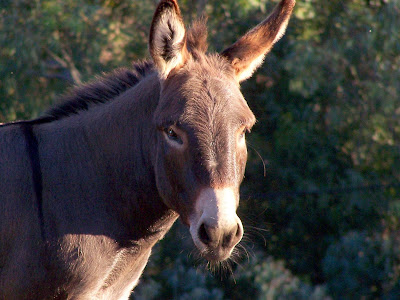 What a sweet donkey face! 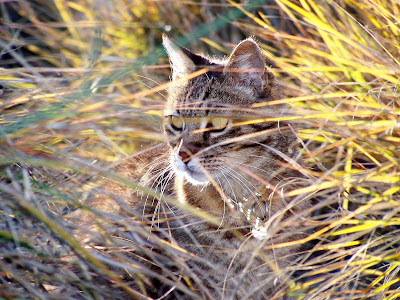 Boulder hides in the grassy bushes...or at least he thinks he's hidden. 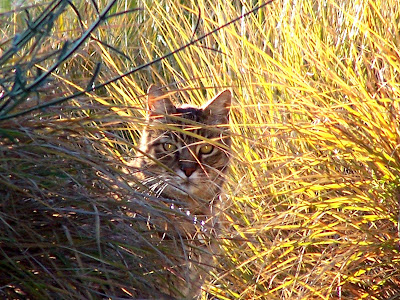 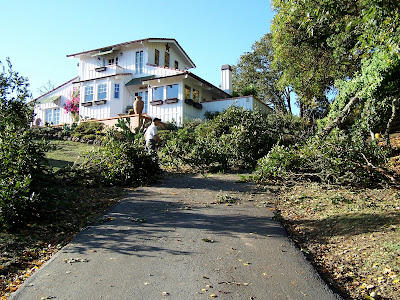 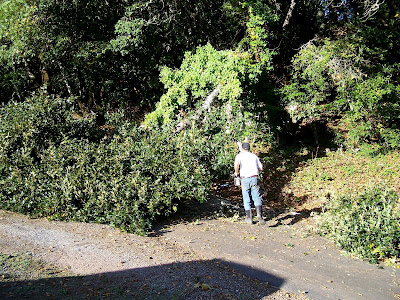 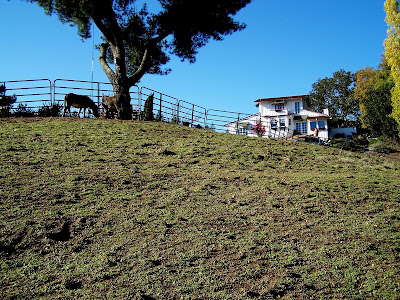 Nice to have some blue skies back- and green grass coming up!