Fall Back at The Lazy Vegan

We started the day off early again at The Lazy Vegan...a tad too early (3:00 a.m.)! I think it is the full moon - all the animals are up and ready to party! Since it will be dark earlier today, it was a good day to get up early and get things done. It was great to go out and exercise in the daylight! The foreman did another burn pile today and things were pretty smokey. But it is looking great- he's trimmed more trees and shaped up the landscape. Today marks our two year anniversary of being vegans!!! And many more to go...I can't imagine going back to drinking milk or eating eggs from another species. I never think about it now- being vegan is easy, once you have the routine down! 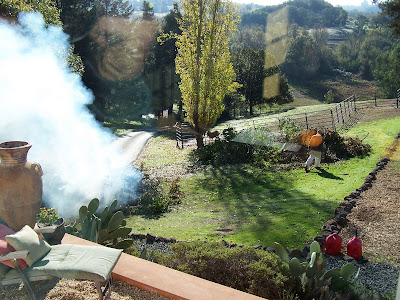 Bravo supervises the burn pile from the living room window. 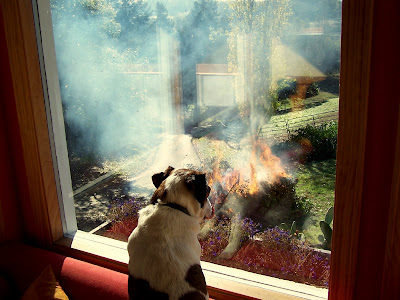 Toby found a bit of sunshine on the couch. 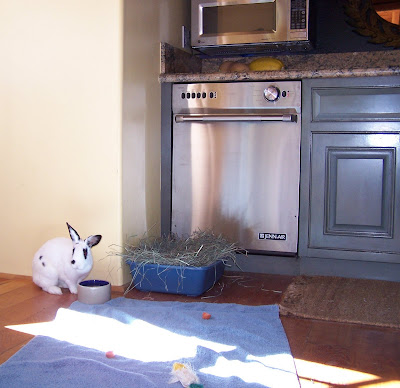 Wasabi hung out in the kitchen again- completely relaxed. She was chomping on a bit of carrot while Bravo whined from the other side of the gate. It didn't faze her! 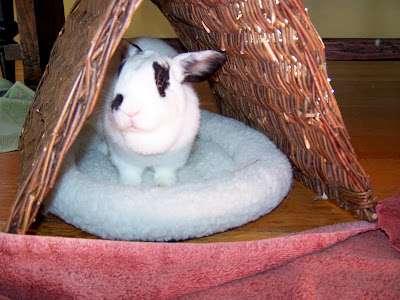 I noticed she has a bit of pasta sauce on her fur- she got too close to her papa's lunch! And she had a bit of red on the top of her head- which I later realized was from my lipstick when I kissed her! 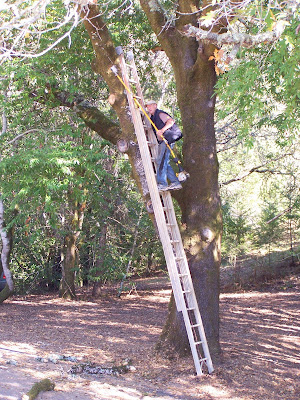 On the extension ladder with the polesaw- quite the combination. 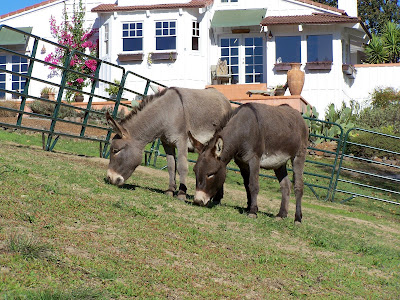 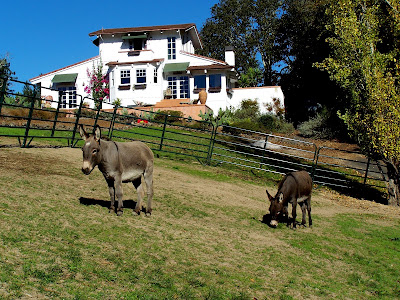 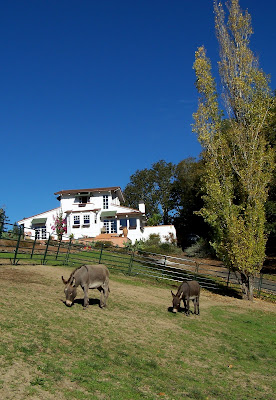 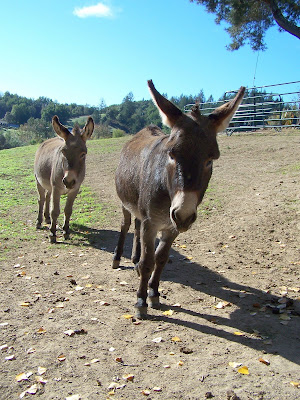 I love it when the donkeys just stare at me. 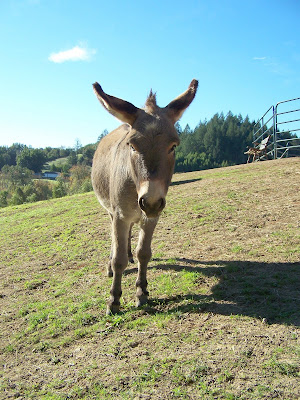 Weegie in particular was giving me the stare down. 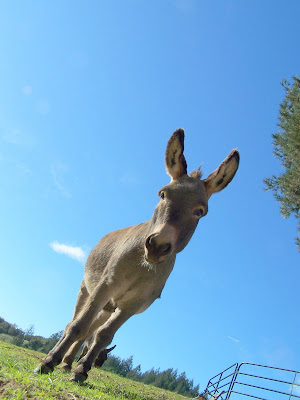 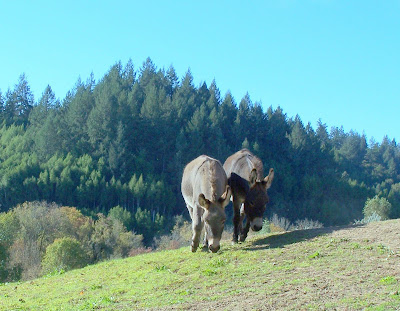 They sure work hard at nibbling down the new grass! 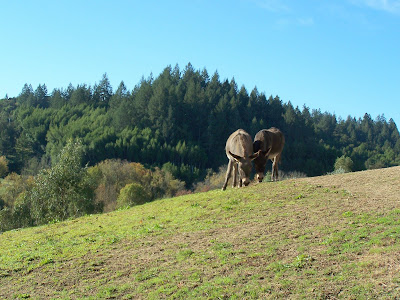 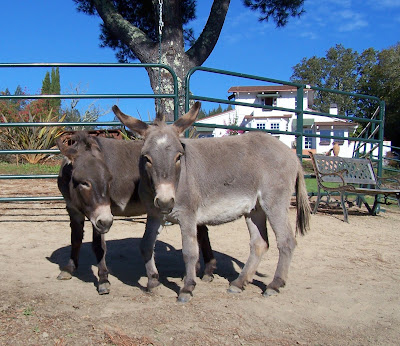 I spent a long time with the boys today. Later this week the farrier comes, and early next week the vet comes for their Fall shots. FUN! 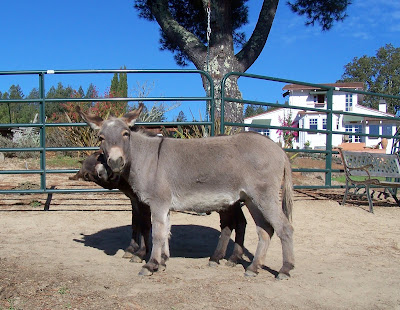 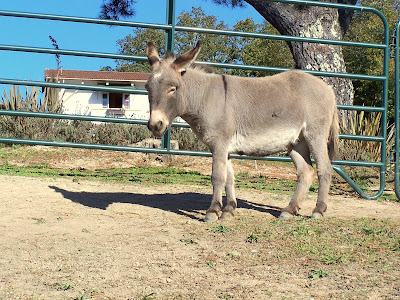 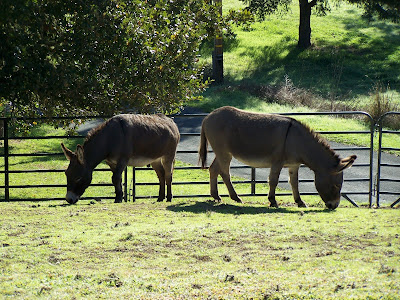 I've started working on the annual Lazy Vegan calendar...there are so many photos it is hard to narrow it down to just twelve!
Posted by Diana at 3:08 PM