Getting Ready for a Stormy Week at The Lazy Vegan 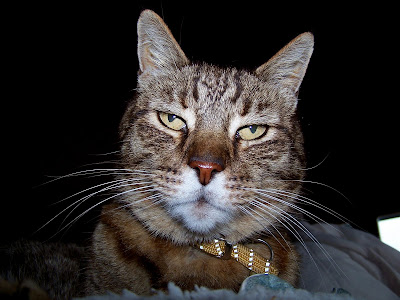 Since he's always inside sitting on his heating pad on his special bed, Boulder really isn't concerned with the upcoming storms!
We're supposed to have a stormy week ahead here at The Lazy Vegan...and we're prepared! I put out extra straw for mud control in the corral and stocked up on food for both humans and animals. The donkeys had a few dry hours in the morning before they had to head to the barn to get out of the rain. I pop in and visit them as much as I can to help alleviate their boredom! On rainy days they especially look forward to carrot-treat time and sweet-grain time. Getting the pups to go outside to do their "biz" is very hard when it is rainy...they really don't like getting their paws wet! Luckily Wasabi is the only animal who doesn't have to go out, since she uses a litter box! 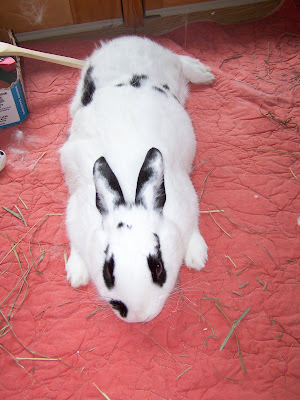 Stretched out and ready to be petted! 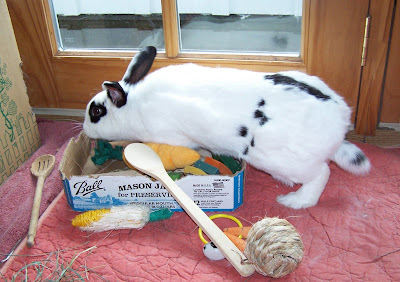 Wasabi gets annoyed when I clean up her area. Here she is right after I've neatly put her toys away in her box and tidied things up. She waits until I'm done and then heads over and pulls everything back out!!! Same with the litter box- after I've changed it she'll grunt, head over and immediately will start rearranging the hay (pulling most of it out). 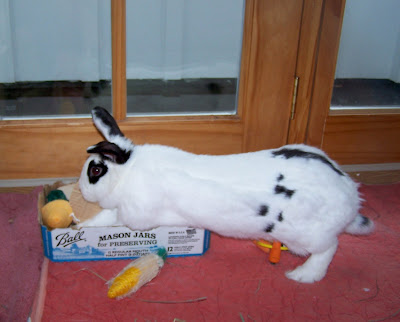 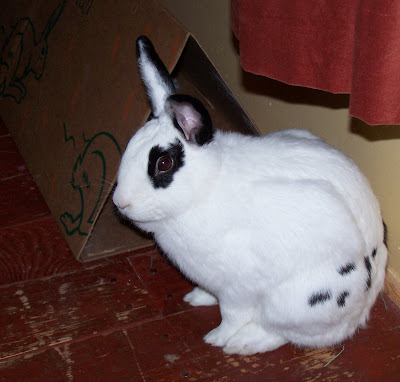 While I was cleaning, she watched from the corner of her ton-of-fun-bun-run! 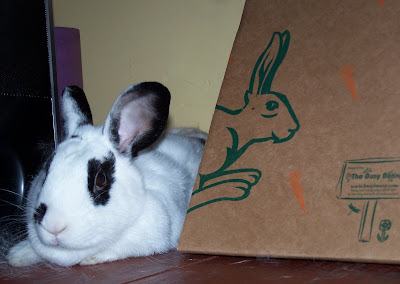 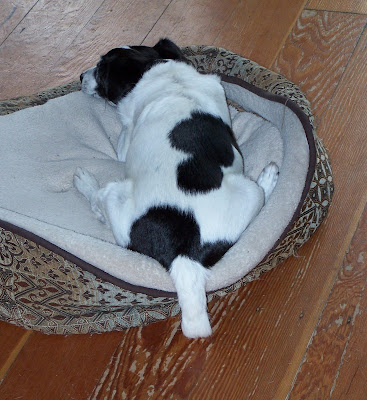 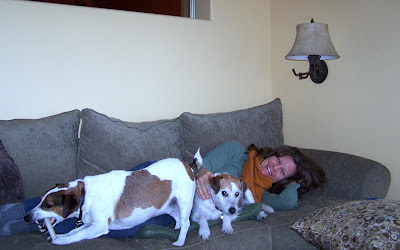 Relaxing with the pups.

Two red-shouldered hawks were dive-bombing one another today. 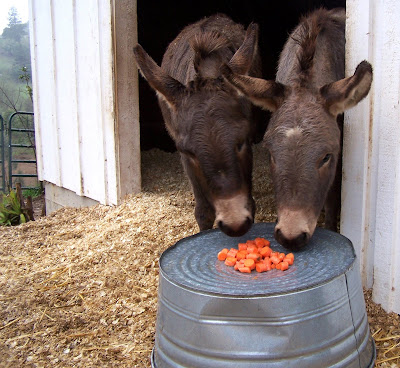 Staying dry in the barn during carrot treat time! 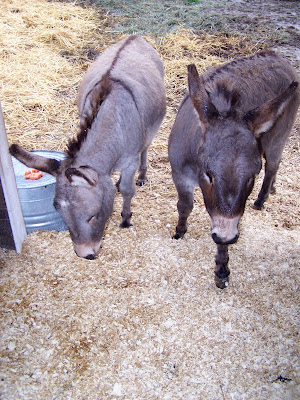 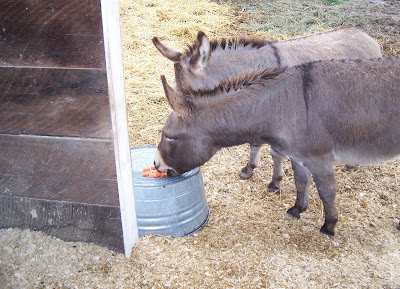 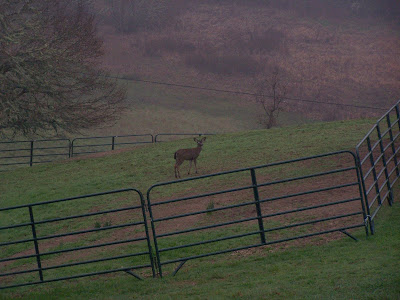 Oh, dear- a deer INSIDE the donkey fencing! Luckily she made it out o.k. 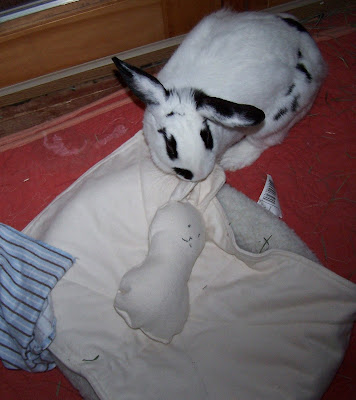 Wasabi has a new ritual with her "baby" bunny...she will spend a long time rearranging the baby's bed - it is SO cute! 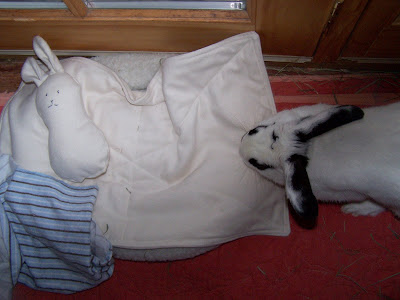 And then once in a while she'll stop to "kiss" the baby bunny! 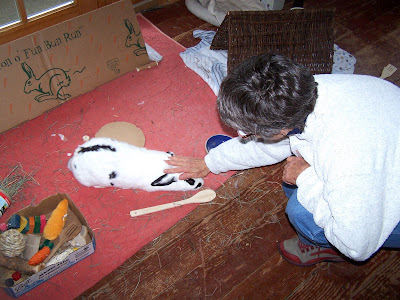 A visit from Grandma Snap!
Posted by Diana at 10:19 AM